Daniel Willard, president of the Baltimore & Ohio Railroad, and Nikola Tesla, the inventor, have come out openly against the Eighteenth Amendment.

Mr. Willard took the view yesterday that the modification of the law must be obtained before business conditions can become satisfactory again. Mr. Tesla looked at it from a medical stand, saying that the curtailment of alcoholic beverages removed a “harmless stimulant” from the nation's diet.

Mr. Willard said that he was inclined to be sympathetic with the thought that the revision of the amendment is necessary to economic recovery.

“The American people,” he asserted, “have been going through a severe school of experience in this connection during the last ten or twelve years and I am inclined to think that they have very nearly reached a common accord concerning a number of essential points related to this problem. I am quite certain that no one today would wish to see the saloon restored as it was before prohibition.”

Mr. Willard later deviated from the subject of prohibition to speak hopefully of the work of the Reconstruction Finance Corporation in balancing the budget. He also advocated an extension of the moratorium for foreign debts which he predicted would have a stimulating effect upon the business of the world.

Mr. Tesla, the seventy-five-year-old former associate of Edison, said that before prohibition went into effect he had drunk enough “to form a lake of no mean dimensions.” However, he obeyed the provisions of the Volstead act, with the result that it was six months before he was able to digest a meal.

“I feel sure that if everybody has done the same.” Mr. Tesla continued, “millions of Americans would have shortened their life span and thousands would have died in the first two years. A sudden change of diet or the omission of one of its important elements, especially in advanced years, is extremely dangerous.” 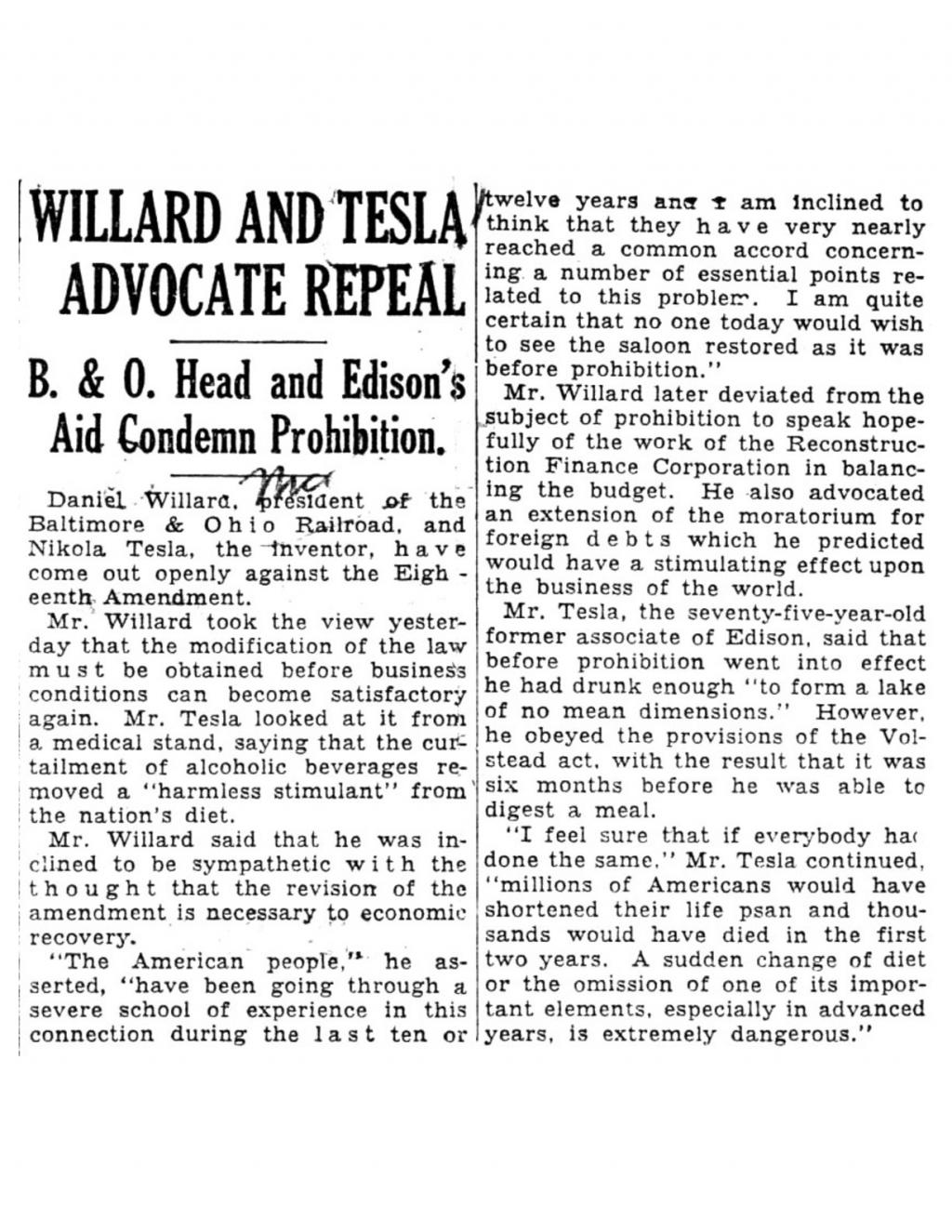