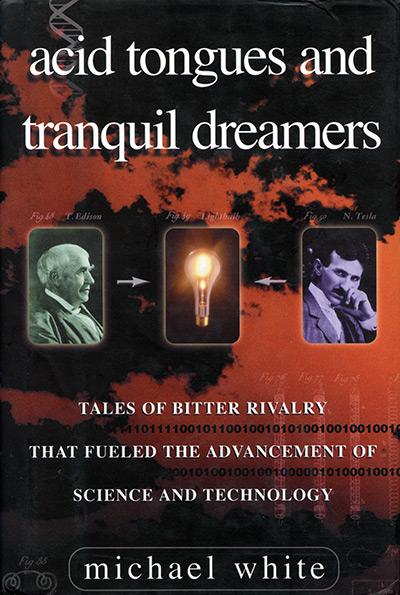 Acid Tongues and Tranquil Dreamers: Tales of Bitter Rivalry That Fueled the Advancement of Science and Technology

When we consider the Herculean figures on the long road to reason and the contributions they have made to our modern worldview, it is only natural to wonder what drove them, what led them to discover. Indeed, it makes us question the very meaning of discovery itself. In so many ways scientists and the natural philosophers who preceded them have much in common with artists, musicians, writers — creators, forward thinkers and, often, rivals.

Rivalry is a reflection of humanity and as human culture has changed, so too has the guise of rivalry. In simpler times, scientists pitted their wits to reveal nature and sometimes also to expose what they believe to be falsity in their competitors. As science became public property it was used by the governments who represented entire nations. Beyond the tales of personal bitterness of some scientific rivalry we must consider what comes from these battlefields. And it seems the overwhelming effect has been to propel science forward. Be it a priority race, nationalistic fervor, personal hatred, or any combination of these, competition has done much to advance our understanding of the universe.

Acid Tongues and Tranquil Dreamers covers a long history of scientific rivalry, and encompasses a diverse collection of disciplines and rivalries (personal, national, and industrial). Whatever form it takes and however it may be transmogrified, rivalry exists in every lab, in every corner of the world, and in every age. It has spurred great minds on to world-altering breakthroughs in science and technology; in Acid Tongues and Tranquil Dreamers, Michael White illuminates the bitterness and the beauty, the genius and the humanity behind eight such breakthroughs.