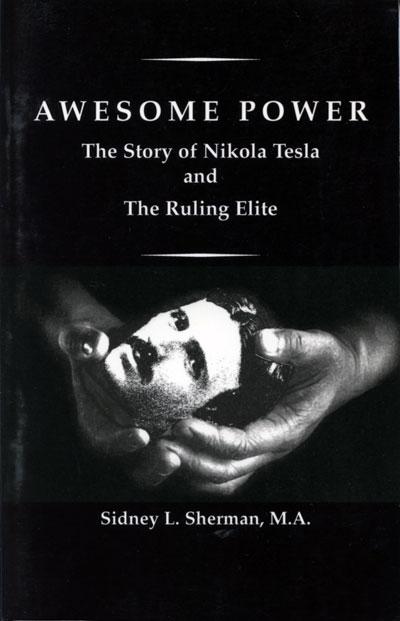 Awesome Power: The Story of Nikola Tesla and the Ruling Elite

The story you are about to read is based upon fact. It is not primarily to show the genius of Nikola Tesla, nor to detail the seven hundred or more patents issued to him. That information can be found in other books.

But rather, the purpose of this book is to prove to the naysayers that the power of the Ruling Elite is so overwhelming and complete that they can almost obliterate the name of “one of the ten greatest men who ever lived,” according to the Encyclopedia Britannica, when it suits their purpose.

In this case Tesla posed a threat to their interests, so they felt compelled to handle him.

Shades of Orwell's 1984 where those running the government have the ability to rewrite history for their own selfish reasons. For example, they took Tesla who was the “toast of the town” and relegated him to obscurity... they actually made a virtual “non-person” of him.

In all, Tesla has over 700 patents issued in his name, but his best known inventions are radio, and the discovery of alternating current, the power that runs the world.

The high energy this created allowed the mass production of aluminum, which in turn gave rise to the aircraft industry, the munitions industry, and the space program.

But, his greatest gift to mankind has not yet seen the light of day because of the efforts of the Ruling Elite, embodied in the character of “Wallace Warbucks.”

Warbucks is a composite of several “robber barons“ of the era, albeit their nefarious deeds are a matter of history. The author has used this device to describe their acts in a manner that is easy for the reader to understand, without getting confused by names. However, the events themselves are true.

He is responsible for the well-being of every person on the earth, and is guilty of causing the deaths of more people than Hitler.

The only deviation from fact are the events depicted in the first and last chapters, which are strictly conjecture by the author.