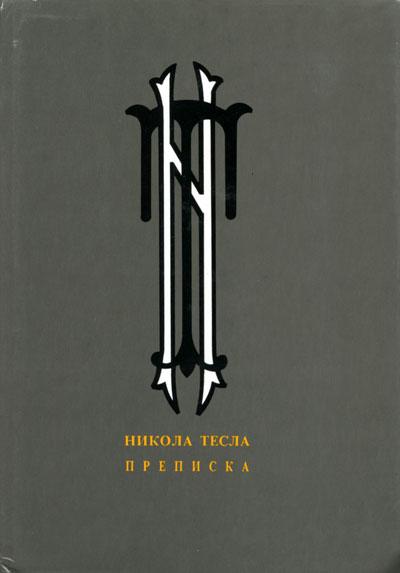 Tesla received around 70,000 letters of correspondence from about 7,000 correspondents. This book contains the original letters to his relatives and those letters received by Tesla, including telegrams. These letters were written during a 60 year period from 1882 to 1942. It is logical that there are about seven times more letters written to him than by him to others. A large amount of correspondence to Tesla was from other sources and even up to the present, only a small number of his descendants gave copies to the Nikola Tesla Museum. Tesla himself did not replicate his correspondence to others.

Most likely the reader will see no replies to letters about interesting questions or discussions from the letters that can be anticipated by any collection of this type of correspondence. In fact, we should be most grateful that Dr. Tesla preserved all of these letters. They were precious memories to him and they allowed him to maintain spiritual ties with his sisters and close relatives with whom he corresponded. Undoubtedly, this correspondence had significant historical value to the personal life of Tesla and for a better understanding of his views about human problems and of his close relatives and friends.

A very huge effort was demanded to prepare this collection of Tesla correspondence from the phase of collating, deciphering handwritten letters to preparing documents that enabled us to identify the people in Tesla's family tree of both his father and mother up to the phase of comments and compilation the register of names, geographic locations and correspondence. The workers at the Nikola Tesla Museum deserve a special appreciation of gratitude for their diligent work. A special thanks to Dubravka Smiljanić and Zorica Civrić who is also the Curator of the Museum. We would like to remind the reader that this anthology is the first of its kind in Yugoslavia and the world. The staff prepared it with professional presence and enthusiasm.

This anthology of correspondence was published in the year that was proclaimed “Year of Nikola Tesla in Yugoslavia” and marks the 50th anniversary of the death of one of the great engineers of all time - 1993. This year is also a significant because it marks the 100th Anniversary of the Chicago Exposition where Tesla's polyphase system began its triumphant application to the world. Only 100 years ago electrification of Serbia was introduced in Belgrade 1892.

The world was the beneficiary of many of Tesla's inventions; many are still utilized today, and most likely in the future.

Tesla's correspondence in this collection is only a portion of his rich legacy which is in the Nikola Tesla museum for posterity. This museum will publish more books in the future. To everyone who assisted in this endeavor - the first of which is the Electrical Industry of Serbia and the tireless inspiration and organization by Radmila Ivanković and those engineers, also the donors who helped fund the cost of this book. We hope that they will be participants in the next publishing effort by the Nikola Tesla Museum. We owe much to one of the greatest Serb cosmopolites who was an inspiration to many both in the past and those in the future.

Note: Amazon link refers to the English translation of this book.