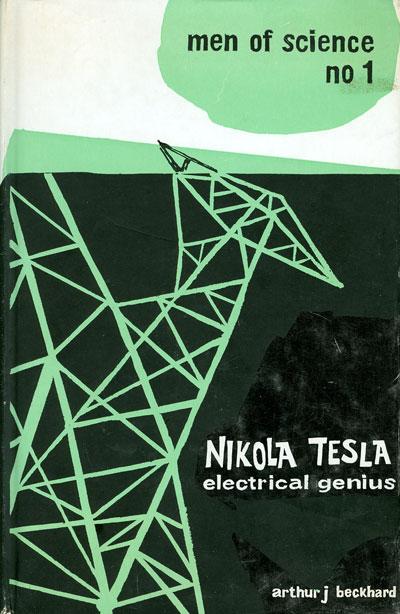 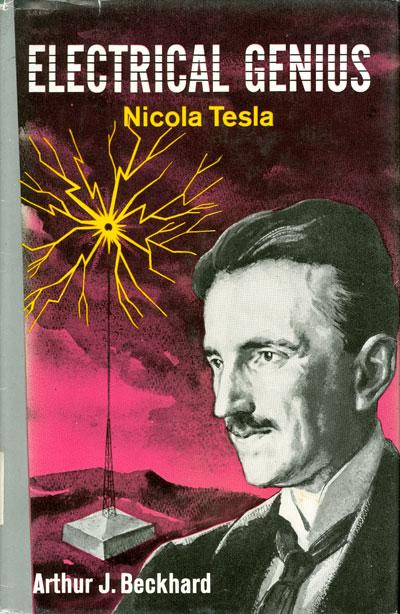 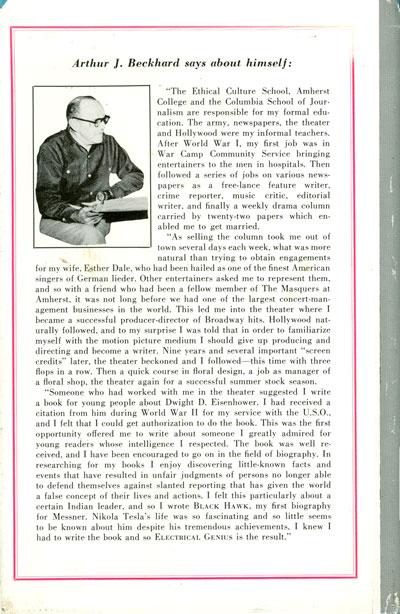 A titan among scientists, Nikola Tesla invented the alternating current motor and thus released the sleeping giant of electricity. He harnessed the savage power of Niagara Falls, invented the telephone amplifier, the arc light, the Tesla coil. Of the two hundred and twelve patents granted him, one hundred and ten are in essential use today.

As a boy in Austria-Hungary, Tesla was a prodigy. At seven he rigged up for his mother an egg beater driven by beetles; at nine he perfected a water wheel; and at eleven he sold his first invention to his school friends - a crossbow. Playing with snowballs on a mountain top, he caused an avalanche that was nearly disastrous to his village, but inspired him to revolutionize the scientific world. He realized that power could not only be unleashed, by harnessed for the good of humanity.

During his long, arduous scientific schooling, he steeled himself to endless study and experimentation and became an electrical engineer. But his theory of the alternating current motor was ignored or ridiculed. He was desperate to share with the world one of the greatest discoveries of all time, but no one wanted to discuss it, much less finance a working model.

Tesla arrived in New York with only four cents. He was hired by Thomas A. Edison, but there was a conflict between them and Tesla threw up his job. He was broke, nearly despairing, and for a while he dug ditches. Then George Westinghouse gave him a million dollars for the alternating current patent, plus royalties. When the new current went on the market, it was condemned as dangerous and its future seemed doomed until Tesla publicly proved its safety. At the Chicago World's fair he allowed one million volts to pass through his own body - and a new idea was born. Controlled heat might heal bone disease, neuralgia, even cancer...

Tesla's life was strange, spectacular, deeply dramatic. Mr. Beckhard has revealed not only the outer conflicts of the scientist, but the inner turmoil of the man who, leashing his own impulses, released the miracles of electricity.