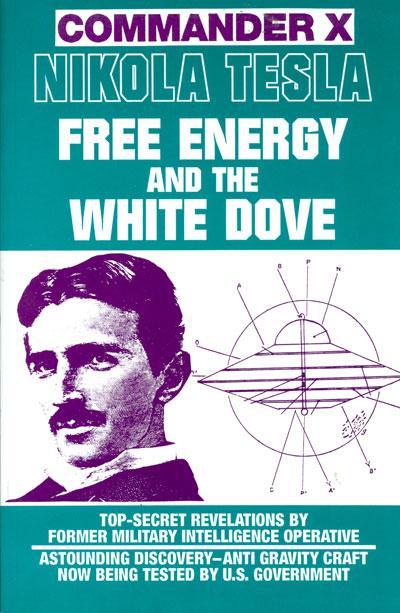 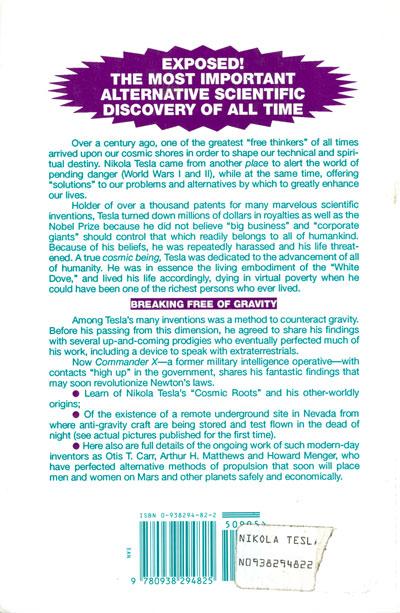 Over a century ago, one of the greatest “free thinkers” of all times arrived upon our cosmic shores in order to shape our technical and spiritual destiny. Nikola Tesla came from another place to alert the world of pending danger (World Wars I and II), while at the same time, offering “solutions” to our problems and alternatives by which to greatly enhance our lives.

Holder of over a thousand patents for many marvelous scientific inventions, Tesla turned down millions of dollars in royalties as well as the Nobel Prize because he did not believe “big business” and “corporate giants” should control that which readily belongs to all of humankind. Because of his beliefs, he was repeatedly harassed and his life threatened. A true “cosmic being”, Tesla was dedicated to the advancement of all humanity. He was in essence the living embodiment of the “White Dove,” and lived his life accordingly, dying in virtual poverty when he could have been one of the richest persons who ever lived.

Among Tesla's many inventions was a method to counteract gravity. Before his passing from this dimension, he agreed to share his findings with several up-and-coming prodigies who eventually perfected much of his work, including a device to speak with extraterrestrials.

Now Commander X - a former military intelligence operative - with contacts “high up” in the government, shares his fantastic findings that may soon revolutionize Newton's laws.

Learn of Nikola Tesla's “Cosmic Roots” and his other-worldly origins. - Of the existence of a remote underground site in Nevada from where anti-gravity craft are being stored and test flown in the dead of night (see actual pictures published for the first time). - Here also are full details of the ongoing work of such modern-day inventors as Otis T. Carr, Arthur H. Matthews and Howard Menger, who have perfected alternative methods of propulsion that soon will place men and women on Mars and other planets safely and economically.