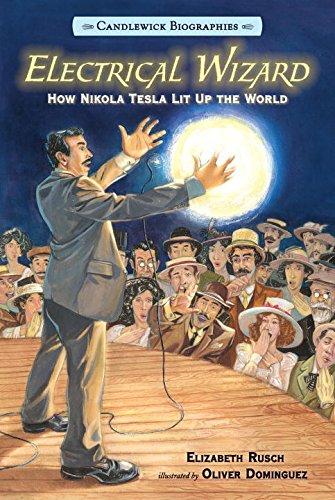 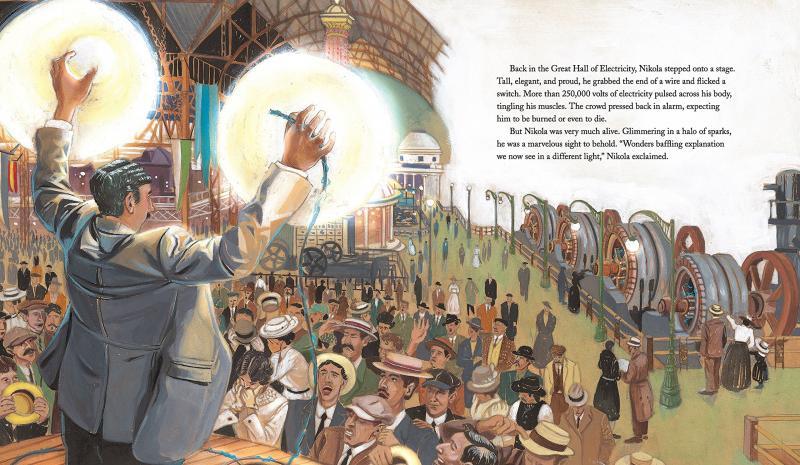 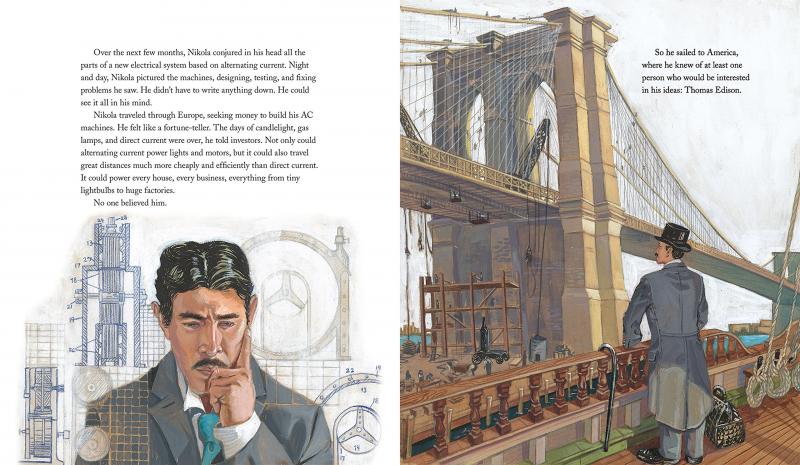 Move over, Thomas Edison! Nikola Tesla takes the spotlight in a biography of the man who pioneered modern electrical engineering — and changed the course of history.

When a Serbian boy named Nikola Tesla was three, he stroked his cat and was enchanted by the electrical sparks. By the time he was a teenager, he had made a vow: Someday I will turn the power of Niagara Falls into electricity. Here is the story of the ambitious young man who brought life-changing ideas to America, despite the obstructive efforts of his hero-turned-rival, Thomas Edison.

From using alternating current to light up the Chicago World’s Fair to harnessing Niagara to electrify New York City and beyond, Nikola Tesla was a revolutionary ahead of his time. Remote controls, fluorescent lights, X-rays, speedometers, cell phones, even the radio — all resulted from Nikola Tesla’s inventions.

Back matter includes additional information about Tesla, scientific notes and explanations, source notes, a bibliography, and suggestions for further reading.