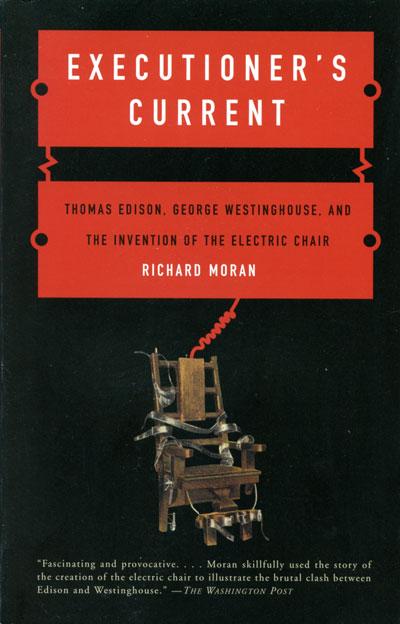 Executioner's Current: Thomas Edison, George Westinghouse, and the Invention of the Electric Chair

In this amazing story of high stakes competition between two titans, Richard Moran shows how the electric chair primarily developed not our of the desire to be more humane but through an effort by one nineteenth-century electric company to discredit the other.

In 1882, Thomas Edison ushered in the “age of electricity” when he illuminated Manhattan's financial district with his direct current (DC) system. Four years later, George Westinghouse lit up Buffalo with his more efficient alternating current (AC). The two men quickly became locked in a bitter rivalry to control the electrical power industry. Losing ground, Edison set out to persuade the state of New York to use Westinghouse's alternating current to execute condemned criminals. Westinghouse fought back, attempting to stop the first electrocution and keep AC from becoming the “executioner's current.” In this meticulously researched account of the horribly botched first electrocution, the “battle of the currents,” and the ensuing legal struggle, Moran raises disturbing questions about our society's tendency to search for technological solutions to moral problems.