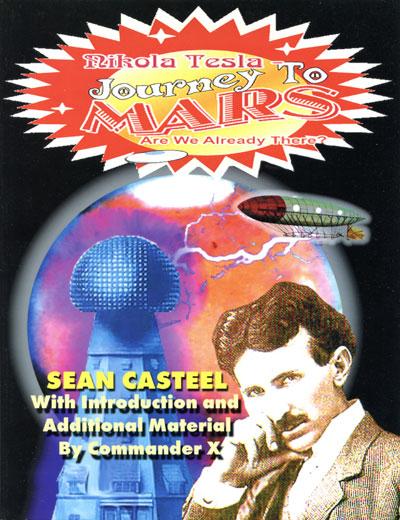 Nikola Tesla - Journey to Mars - Are We Already There?

by Commander X and Sean Casteel

Jules Verne - and other early science fiction pioneers - wrote what was then considered to be far-fetched stories about the exploration of the moon and the planet Mars. They based their classic literary works, not just on their own fertile imaginations, but on “wild rumors” circulating that such voyages had already been made, accomplished by a group of scientists - all members of the same secret society. They had tapped into an unknown power source, using it to facilitate the birth of flight, years before the Wright Brothers.

Contacted by this secret fraternal order, Nikola Tesla furthered their cause, coming up with his own improved method of interplanetary travel, soon to be stolen and used by Adolf Hitler and the New World Order.

Did the development of an unknown Tesla-like technology allow Nazi's to establish colonies on the moon in the 1940's?

Are scientists regularly traveling back and forth between these colonies, their memories erased so they have only dream-like recollections of such adventures throughout the solar system?