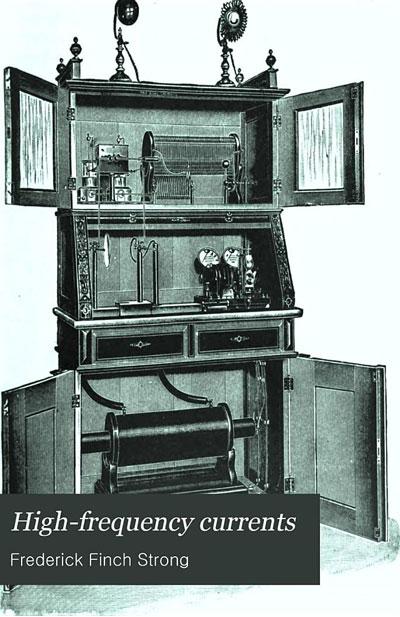 In all ages of which we have any authentic knowledge, and among all races, there have existed Philosophers, Investigators or Students of the Occult, who have in divers forms, and many languages, repeatedly averred that the Universe - both visible and invisible - exemplified varied expressions of a single principle — Vibration. During the last two centuries we have abandoned the theoretical and hypothetical science of the Ancients, and have gradually built up a coherent fabric by logical deductions from actual study of the facts and phenomena of the objective world.

Up to a few decades ago, the various truths postulated by science had not fully conformed to a condition of “harmonious correlated Unity,” which theoretically should be the case according to Herbert Spencer. The Chemical Elements were apparently distinct, unalterable, and bore no mathematical relation to each other. Seventy or more varieties of solid indivisible atoms formed the basis of the material universe, and behind these was a hypothetical “Ether” of absolutely unknown nature. Matter was called “dead,” or “living,” according to the reflected phenomena, and an apparently boundless gulf existed between the two.

Science was becoming more and more complex when the advance guards of a new era appeared, headed by Clerk Maxwell with his “Electro-magnetic Theory of Light,” and Mendelejeff with his “Periodic Law of the Elements,” and rapidly followed by Crookes, Tesla, Curie, Becquerel, Hertz and J.J. Thompson, whose labors and researches have focused in the greatest discovery of any age — The Electron Theory. Although recent and revolutionary, this hypothesis has met with instant and eager acceptance on the part of the leading scientists throughout the world. In the bright light which it throws on the phenomena of the universe, much that was dark and undefined has become lucid and coherent.

All sciences have become united by invisible links, and we have for the first time in the history of the world a complete, harmonious system of natural philosophy, by which all facts of nature, however diverse, may be co-related and traced to a common origin. And the crowning postulate of this wonderful new system is identical with the most ancient theory of the universe which history records. In other words science informs us that all natural phenomena result from Vibration in a medium of a primitive nature, which appears to be nothing more nor less than Electricity. All forms of Force, from the attraction of the Sun for the Earth to the vital phenomena of the Human Organism, are fundamentally Electrical Vibrations.

The “High-frequency Currents” are Electrical Vibrations artificially produced, which bear a certain relation to the currents which traverse the nerves in the maintenance of life in the human body. Being Vibrations, rather than flowing streams of Electrical particles, the High-frequency Currents penetrate glass as readily as a sound wave would traverse a plate of metal, and pass through the human organism without producing the slightest sensation.

The discovery and application of High-frequency Currents has resulted mainly from the work of two American Scientists, Tesla and Elihu Thomson. Tesla first recognized the wonderful therapeutic possibilities of High-frequency Currents and prophesied that they would ultimately supersede the older systems based upon the therapeutic use of Drugs; clinical results recorded during the past five years go far to confirm the accuracy of Tesla's prophecy.

Although a greater part of the literature of High-frequency Therapeutics ascribes the development of these currents for the treatment of disease to d'Arsonval and Oudin, it is a fact of record that the subject was developed independently by the present writer on distinctly different lines. Whereas d'Arsonval's work was solely with Low Potential Currents, while Oudin's High-potential effects were of Mono-polar character and therefore limited to the treatment of local conditions - the writer from the very first employed the Bipolar High-potential Currents of Tesla, and it is due to this fact that the System of Technic developed by him for the therapeutic application of Tesla Currents possesses so much wider a field of usefulness and produces so many more distinct physiological effects than the methods developed by Oudin and d'Arsonval.

For the past decade the writer has been continuously engaged in a clinical and laboratory study of the various types of High-frequency Currents; hundreds of cases have been treated, and many important facts recorded, which are given to the profession for the first time in the present volume.

At the request of a number of his colleagues the present writer has not only gone into minute details in connections with the physical laws and methods of using the various apparatus herein described, but has compiled a concise Elementary Textbook containing the Essentials of the entire subject of Electrotherapeutics. This little book, which is a pocket-edition, should be carefully studied as a preliminary introduction to the present volume.

In conclusion, the writer desires to acknowledge his indebtedness for the help which he has obtained from the works of Freund, Belot, Guilleminot and Chisholm Williams. He also extends his hearty thanks for the collaboration and valuable assistance accorded him by Dr. H.G. Piffard, Professor Elihu Thomson, Dr. J.P. Sutherland and Professor Northrop. Valuable clinical information has been received from a number of physicians, for which due acknowledgment will be made in the Treatise on the Therapeutic results of High-frequency Treatment, which the writer purposes to compile during the next two years, as a more or less necessary sequel or complement to the present volume.