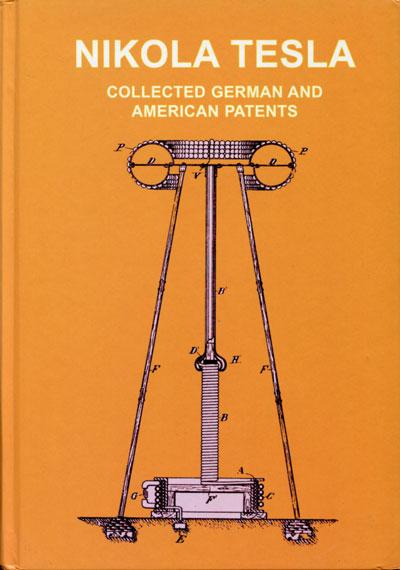 Between 1885 and 1927 Tesla received 111 patents in the United States of America. In Germany he filed for 19 patents between 1888 and 1901. Most of his applications were filed before the year 1901, as Tesla, from this date on, got into heavy financial troubles with his Wardenclyffe project. He had to invest much more money in his “World System” as had been planned. Up to this date, however, he was in possession of enough money to file for patents in the most important countries throughout the world, as for example in Great Britain, Russia, Belgium, France, Italy, South Africa and of course Germany.

In this volume are, for the first time, all of Tesla's American and German patents, which have not been published up to this time. In addition, the American patents have only been previously published as copies and never in re-typed form.

Tesla's patents can be divided in the following categories: Improvements for Dynamo-Electric Machines, Alternating Current Machines, High-Frequency and High-Potential Apparatus, Radio Transmission, Turbines, Speedometers, Aircraft, and other different inventions. In this volume his patents are presented in chronological order by date of application.