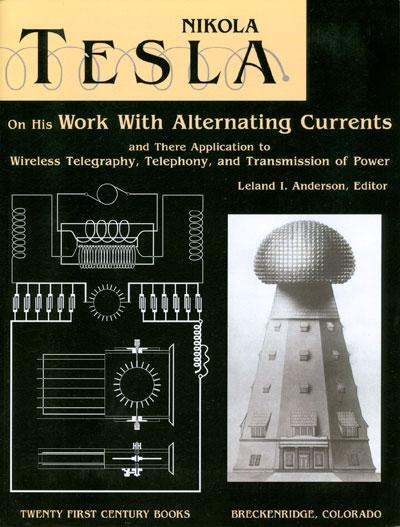 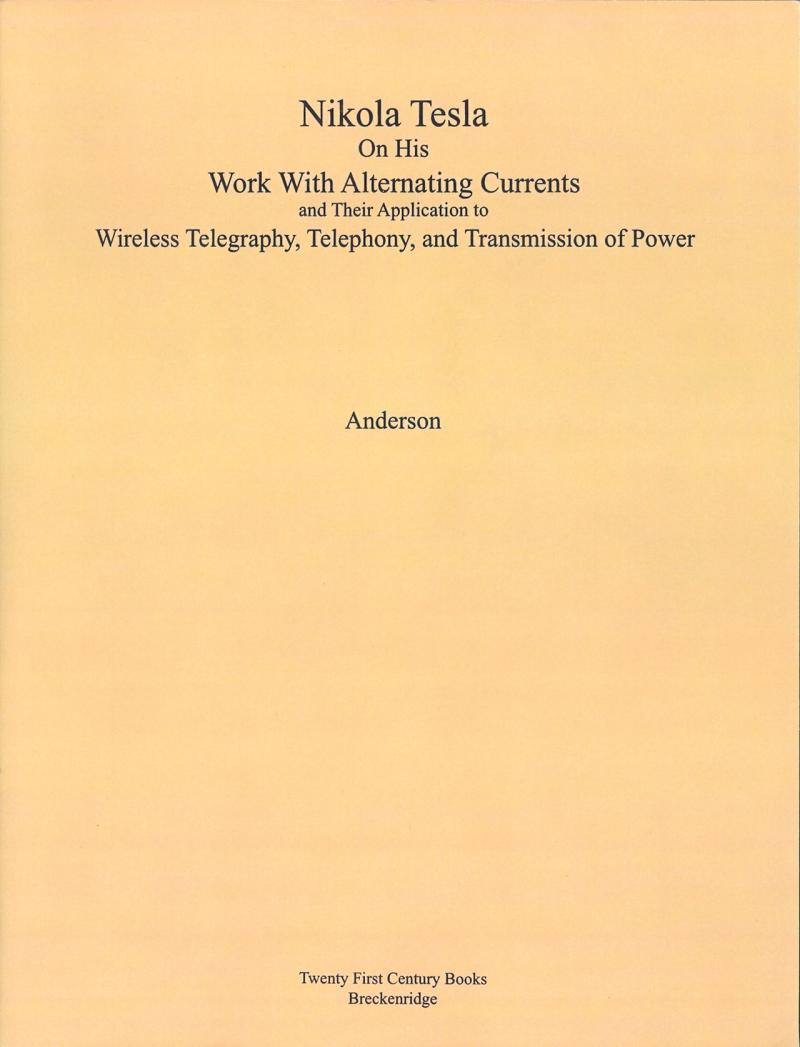 Nikola Tesla on His Work With Alternating Currents

The surfacing of the transcript for this pre-hearing interview with Nikola Tesla by his legal counsel in 1916 resulted from an intensive search in archives of legal firms, some now defunct and others later acquired by contemporary interests. The interview was precipitated by numerous pending court cases as the fledgling radio industry entered a period of fierce competition. Tesla's counsel believed the interview necessary not only in order to prepare for the pressing of his own claims against the Marconi Company, but also to protect his own patent interests when called to give expert-witness testimony in the upcoming litigation foray pitting as adversaries a plethora of new communication companies and their captive radio pioneers.

A case prompting this interview, one of dozens to reach judicial review, was “Marconi Wireless Telegraph Company of America v. Atlantic Communication Company, et al.” Atlantic owned and operated the large radio station at Sayville, Long Island. The proceedings opened in 1915 with the calling of expert witnesses including Ferdinand Braun and Nikola Tesla. The specter of war had cast its shadow over Europe, and Count George von Arco, who had also been called, was detained because of services to the German Army in the use of asphyxiating gases and other deadly inventions perfected by him.

The text of this interview was, of course, never intended for publication. Counsel, concerned primarily with the protection of Tesla's patent interests, ask questions almost exclusively relating to the priority of his patents and their application. Tesla candidly discusses his contenders while presenting a thorough history of his work with alternating currents as applied to wireless transmission. In this document, he describes experimental methods, techniques, and apparatus used in his laboratories at New York City, Colorado Springs, and Long Island.

Most of the photographs accompanying this interview are in good condition, but those of schematic and mechanical drawings have suffered some decay with time. These may be the only form of the drawings extant and are reproduced with as much fidelity as possible. For better clarity, five illustrations are reprinted from the February and May, 1913 issues of the Electrical Experimenter magazine, Copyright Gernsback Publications, where they subsequently appeared. These are Figures 66, 67, 79, 81 and 82.

Although the interview spanned several days, it is presented in this work as though it was given at one time; all references to interruptions and resumptions have been removed. The text is printed in standard typewriter pica type, unjustified, in the style of hearing proceedings of that period. No alterations have been made in Tesla's remarks except for 'clean-up' additions, typically references to photographs and diagrams, and fill-in words necessitated by occasional rambling and incomplete sentence structure. These additions are provided in brackets [ ]. Helpful notes ate also cued to the text in brackets.