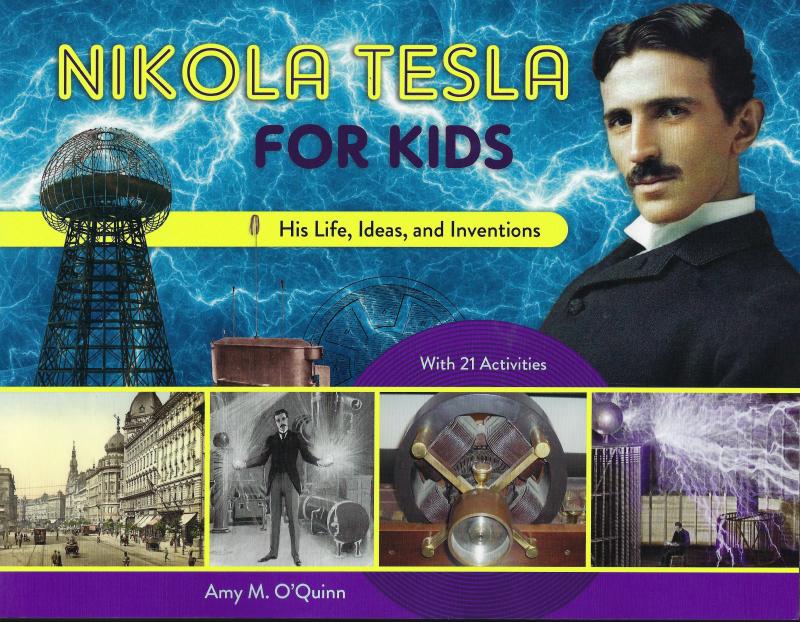 Nikola Tesla for Kids: His Life, Ideas, and Inventions

Nikola Tesla was a physicist, scientist, electrical engineer, and world-renowned inventor whose accomplishments faded into oblivion after his death in 1943. Tesla was undeniably eccentric and compulsive; some considered him to be somewhat of a "mad" scientist. But in reality, he was a visionary. Many of his ideas and inventions that were deemed impossible during his lifetime have since become reality. He was the first to successfully use rotating magnetic fields to create an AC (alternating current) electrical power supply system and induction motor. He is now acknowledged to have invented the radio ahead of Marconi. Among other things, he developed the Tesla coil, an oscillator, generators, fluorescent tubes, neon lights, and a small remote-controlled boat. He helped design the world's first hydroelectric plant at Niagara Falls.

Nikola Tesla for Kids is the story of Nikola Tesla's life and ideas, complete with a time line, 21 hands-on activities, and additional resources to better understand his many accomplishments. Here are a few activities kids will enjoy: