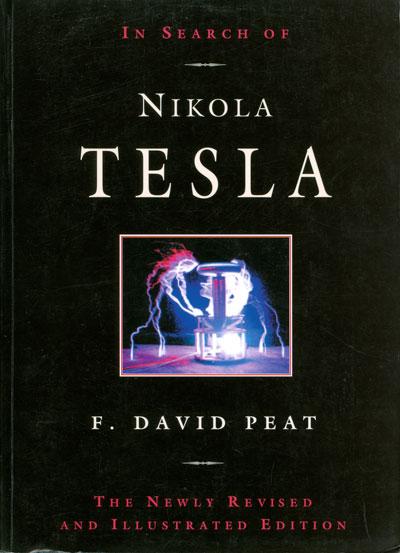 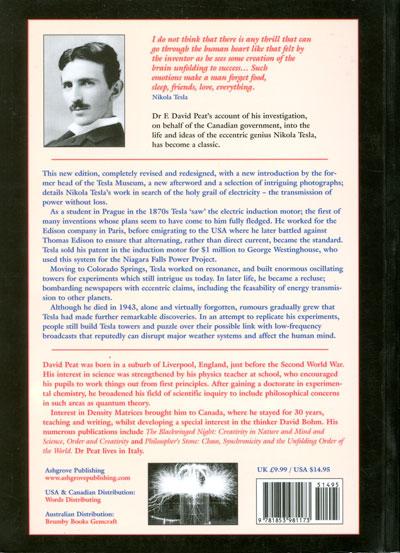 In Search of Nikola Tesla

Dr. F. David Peat's account of his investigation on behalf of the Canadian government, into the life and ideas of the eccentric genius Nikola Tesla, has become a classic.

This new edition, completely revised and redesigned, with a new introduction by the former head of the Tesla Museum, a new afterward and a selection of intriguing photographs; details Nikola Tesla's work in search of the holy grail of electricity - the transmission of power without loss.

As a student in Prague in the 1870s Tesla ‘saw’ the electric induction motor; the first of many inventions whose plans seem to have come to him fully fledged. He worked for the Edison company in Paris, before emigrating to the USA where he later battled against Thomas Edison to ensure that alternating, rather than direct current, became the standard. Tesla sold his patent in the induction motor for $1 million to George Westinghouse, who use this system for the Niagara Falls Power Project.

Moving to Colorado Springs, Tesla worked on resonance, and built enormous oscillating towers for experiments which still intrigue us today. In later life, he became a recluse; bombarding newspapers with eccentric claims, including the feasibility of energy transmission to other planets.

Although he died in 1943, alone and virtually forgotten, rumors gradually grew that Tesla had made further remarkable discoveries. In an attempt to replicate his experiments, people still build Tesla towers and puzzle over their possible link with low-frequency broadcasts that reputedly can disrupt major weather systems and affect the human mind.

David Peat was born in a suburb of Liverpool, England, just before the Second World War. His interest in science was strengthened by his physics teacher at school, who encouraged his pupils to work things out from first principles. After gaining a doctorate in experimental chemistry, he broadened his field of scientific inquiry to include philosophical concerns in such areas as quantum theory.

Interest in Density Matrices brought him to Canada, where he stayed for 30 years, teaching and writing, whilst developing a special interest in the thinker David Bohm. His numerous publications include The Blackwinged Night: Creativity in Nature and Mind and Science, Order and Creativity and Philosopher's Stone: Chaos, Synchronicity and the Unfolding Order of the World. Dr. Peat lives in Italy.