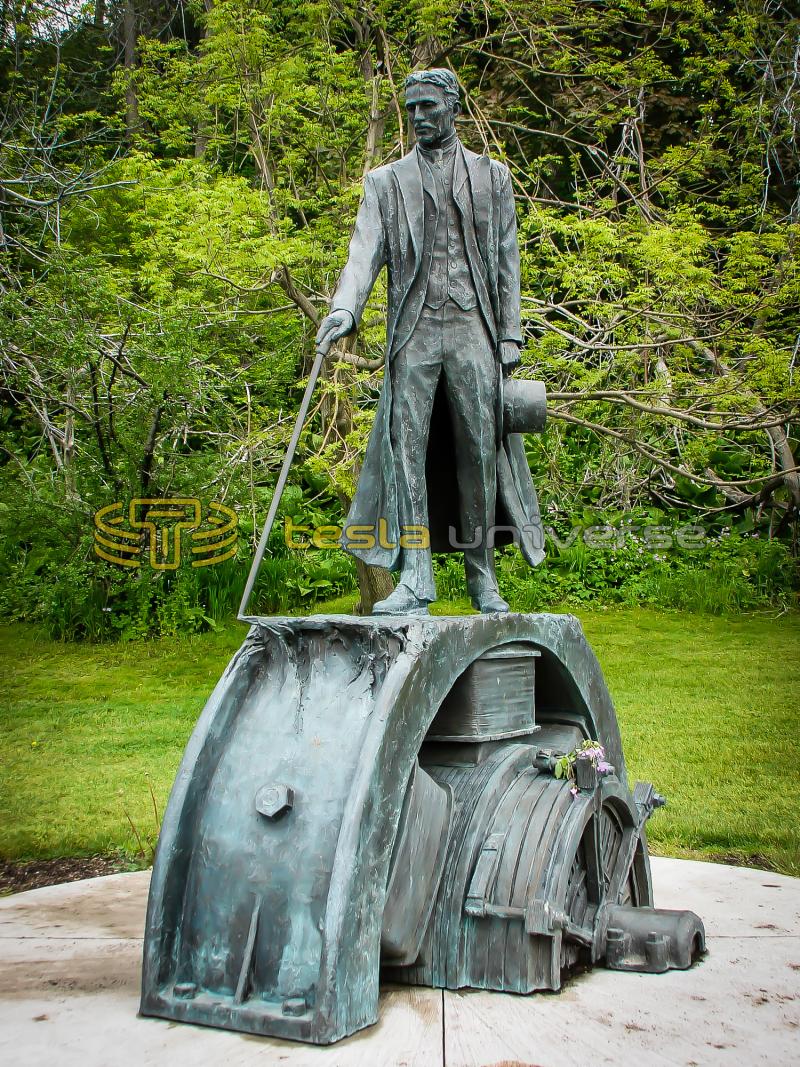 Certainly one of the most original and intricately detailed statues ever created of Nikola Tesla, the statue at Queen Victoria Park, Niagara Falls, Canada overlooks the falls which Tesla dreamed of harnessing as a child.

In 1893, Tesla and Westinghouse were awarded the contract for the alternating-current generators which would be installed in the first powerhouse created at Niagara Falls, fulfilling Tesla's dream. This also solidified the win of alternating over direct current achieved at the World's Fair earlier that same year and officially ended "The War of the Currents."

The statue was unveiled on Tesla's July 9th birthday 2006, marking 150 years since his birth.

The statue was created by Les Drysdale of Hamilton, Ontario, Canada who won an international competition to construct the statue.

Construction details and an interview with Mr. Drysdale can be found in the All About Tesla - The Research video.