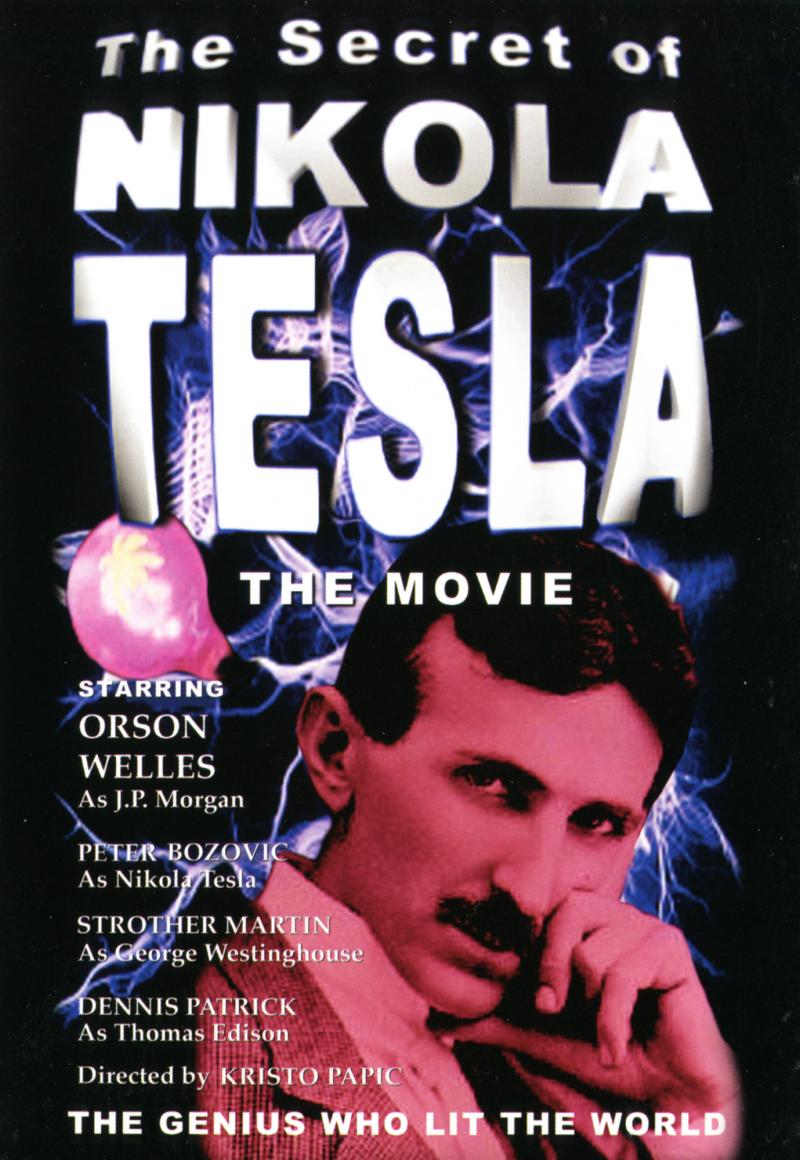 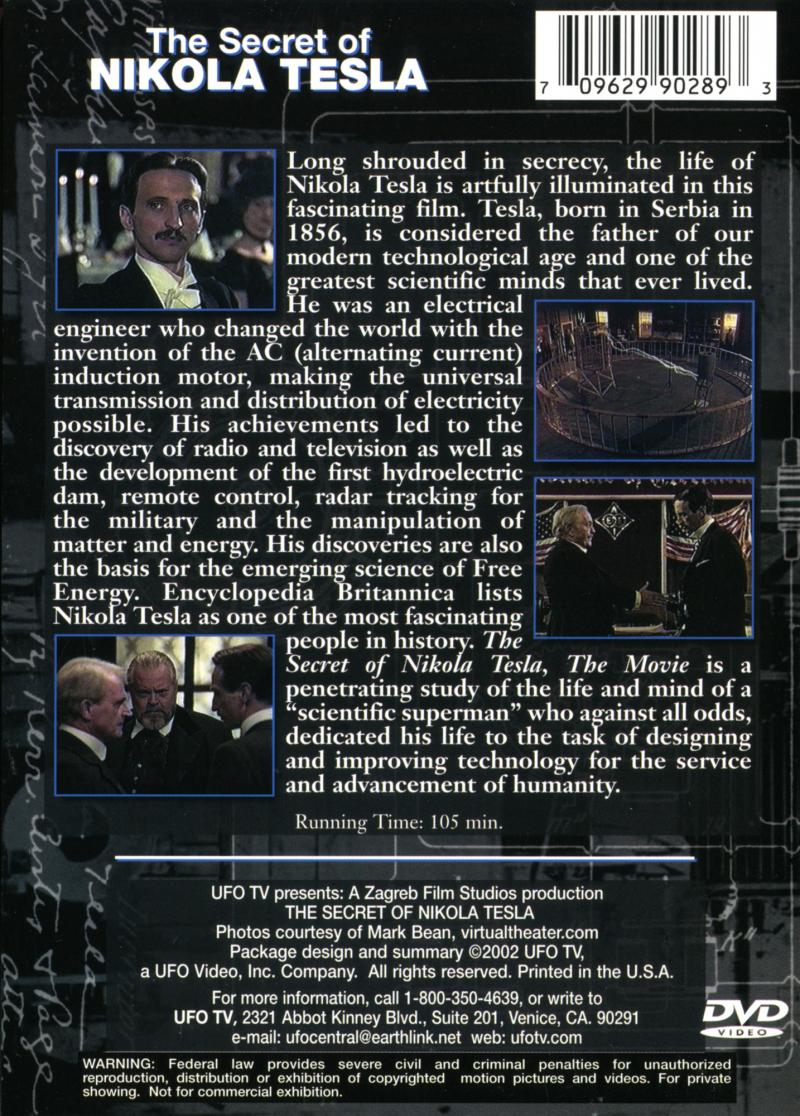 The Secret of Nikola Tesla

Nikola Tesla (here played by Petar Bozovic) was a famous 19th century Yugoslavian inventor. The film recounts Tesla's development of the alternating electric current, first under the dictatorial thumb of Thomas Edison (Dennis Patrick), then on his own. Tesla develops a harmonious working relationship with George Westinghouse (Strother Martin), who indulges the inventor his eccentricities and gives him the credit he deserves, something the tyrannical Edison refused to do. Orson Welles appears briefly as J. P. Morgan in this Yugoslavian biopic, originally released as Tajna Nikole Tesle.