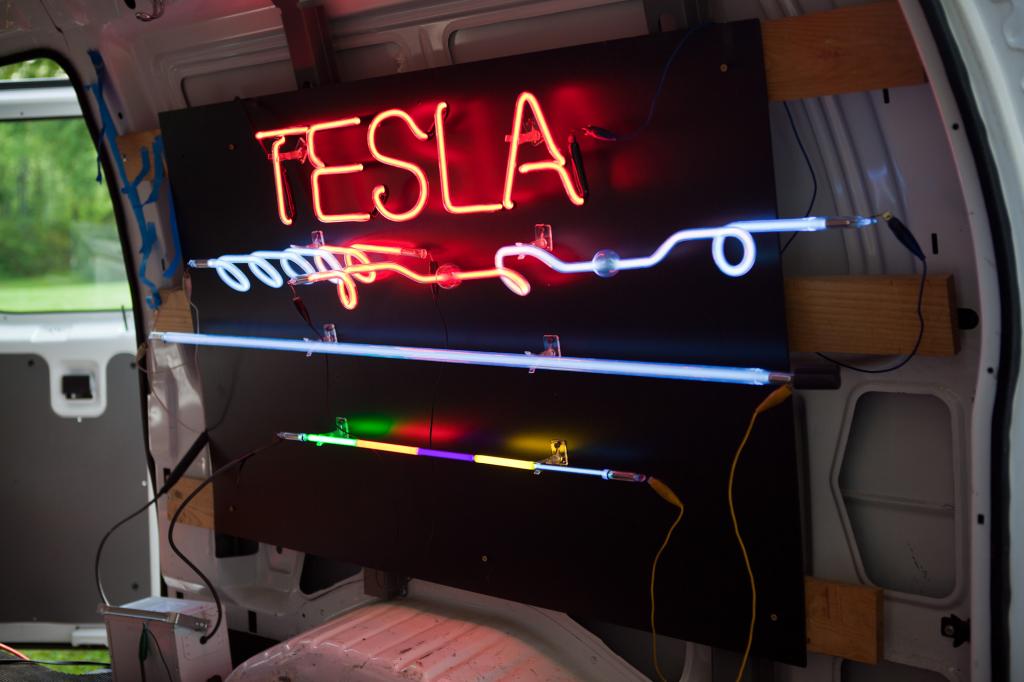 Ed Wingate hosted his 19th Teslathon the last weekend of August, this year. Cameron and myself were in attendance. This was Cameron's fifth year of attending the Teslathon and my third. We had a great time as usual and saw many new faces in attendance.

The Teslathon featured several demos and presentations throughout the day. The presentation for “Sir” Harry Goldman, who passed away last year, was very well put together and did a great job of telling the story of a man who will be missed by many. Ed ran his magnifier many times over the weekend, including several runs with the cage of death. Terry Blake (Dr. Zeus) and Jeff Larson ran a big DRSSTC and did a short performance. Ed brought out his high voltage capacitor bank and shank quarters, crushed cans and blew up several feet of tungsten wire. John Forcina demoed his QCW (Quasi Continuous Wave) DRSSTC.

Overall the Teslathon was a great time for all, and we look forward to number twenty next year.

You can see photos of the event taken by Cameron Prince, John Forcina and myself in the gallery to the right and don't miss the videos of the action on the Tesla Universe YouTube channel.