The Loss of a Legend - Harry Goldman Passes Away 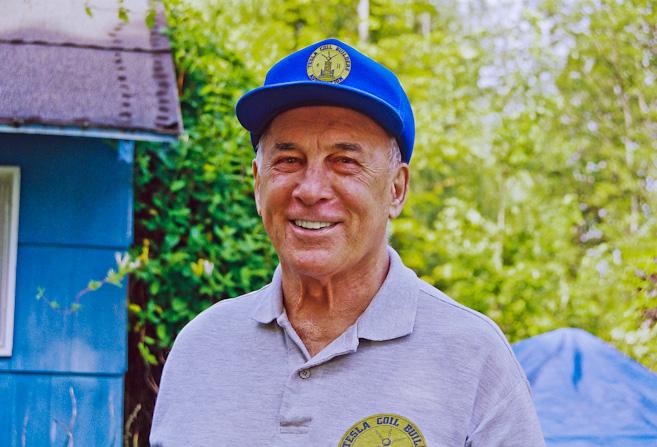 Harry Goldman, 87, passed away on Tuesday, November 16, 2010 following a long illness. Born in Glens Falls in 1923, he was the son of Jacob and Jennie (Roseman) Goldman. Besides his parents, Harry was predeceased by his brothers Ben, Abe and Sam and sisters Betty, Rose and Estelle and nephew Edward Aronson. He is survived by his wife, Ruth, nephew Ben Aronson (Sharon), nieces Barbara Stephens (Steve) and Karen Aronson as well as several grandnieces and a grandnephew.

A graduate of Glens Falls High School class of 1942, the Glens Falls sportswriters declared him to be “outstanding” in athletics stating “He was a fine shot maker in basketball, All-Conference guard in the grid game and a capable pitcher and fielder in baseball. Pet sport was football and few linesmen have been produced at the local education factory who could equal his talents on the gridiron.”

Goldman joined the U.S. Navy on December 14, 1942 and received his training at the Sampson Navel Training base near Lake Seneca, N.Y. While there, he co-captained his unit's basketball team to a league championship. He served as a sonar man aboard patrol craft on both sides of the Panama Canal and later in the far Pacific where the U.S. Navy was heavily engaged in battles against the military forces of Japan. His ship, PC1133, took part in numerous actions and received several commendations and awards for its part in naval engagements. Harry received an honorable discharge in January of 1946.

Goldman graduated from Ithaca College where he played football under Coach Pete Hatch. He received a Master of Science degree from Cortland State College. His first teaching experience occurred at Fort Edward High School and was later employed by the Union Free District #9 school on Burgoyne Ave. He transferred to the Hudson Falls Central School when #9 was absorbed into the Hudson Falls system. Goldman taught in the science department at the junior high (middle) school level. In 1967, he was honored when the students dedicated its yearbook “Hermes” to him. In that same year, the New York State Teachers Eastern Zone selected him as its candidate for New York State Teacher of the Year. He received several Teacher of the Year awards by the student body. Harry retired from the teaching profession in 1978.

Goldman enjoyed writing and authored numerous articles for nationally distributed magazines. His favorite topics were the birds of prey and the life and career of inventor Nikola Tesla. He participated in a 25-year study of raptors while covering 18 square miles of Washington County, the results of which were used by residents to thwart a planned ash dump in an environmentally sensitive area. Henry Diamond, then Commissioner of the Department of Environmental Conservation, commended Goldman for his study of “Raptors: Violations of the Law Protecting Them and Subsequent Prosecutions.” Goldman's article, “Nikola Tesla's Bold Adventure” for “American West” magazine, was later selected by the Hon. Joel Hefly (R) of Colorado for insertion into the Congressional Record (Vol 135, #89) on the 133rd anniversary of Tesla's birth. Goldman was invited to participate in a documentary on Tesla but declined. It later appeared on the PBS Channel. He accepted an invitation from the Yugoslav Embassy in N.Y. City for an event honoring Tesla and those who had contributed to bringing attention to Tesla's work. Harry was a guest contributor to several books including Margaret Cheney's “Tesla Man Out of Time”, Donald Heintzelman's series on hawks and owls and Robert Campbell's massive history of the life of Earle Ovington, the first official air mail pilot and pioneer in electrical apparatus (x-rays, diathermy, etc.). An article describing a humorous incident at the Rialto Theater when Goldman was ten years of age appeared in the summer 2006 issue of “Films of the Golden Age.”

In 1982, Harry formed the Tesla Coil Builders Association and edited and published its quarterly newsletter “TCBA News.” He also authored the book “Kenneth Strickfaden, Dr.Frankenstein's Electrician” (McFarland 2005) covering the life and career of the Hollywood technician who constructed the ghoulish devices for early horror, science fiction and mad scientist movies as well as numerous television programs. His article, “Wings Over Brattleboro” for “Yankee” magazine was among best Yankee articles chosen by the editors for inclusion in its book “Mysterious New England.”

In addition to writing, Harry's hobbies included constructing high voltage apparatus, which he often demonstrated before his students and at gatherings of technicians during events known as "Teslathons." He participated as a violinist in the Glens Falls Oratorio orchestras accompanying the choral group in the major works of Bach, Haydn, Mozart, Vivaldi, etc. He taught himself to play the bass and served as the orchestra's bassist in a performance of Bach's Magnificat. Goldman also performed over radio WWSC with a small group of musicians in the “Italian Hour” program. The ensemble also performed at Italian weddings and similar celebrations.

Ever conscious of good health, Harry exercised regularly and often competed and won Olympic style weightlifting championships. While at Ithaca College, he was a member of the gymnastic demonstration team, which performed at Ithaca area schools. The team performed at McGill University in Canada in a gala sports night program, which also included in the U.S. Olympic team. Goldman competed in skeet shooting contests and won several championships with perfect scores.

Harry participated in a radio broadcast over WWSC reciting his essay “My most Memorable Glens Falls Moment,” an account of his return trip from the far Pacific Ocean to Glens Falls at the end of WWII. He fondly recalled the Glens Falls when throngs of shoppers filled the business district on Thursday evenings and Saturdays, the Glens Falls Clerks baseball games at Recreation field, monthly luncheons with high school mates sharing thoughts of early movies, a time when radio was king and the days of their youth when it was unnecessary to lock the doors of our homes and cars.

Until incapacitated by illness, Harry was a regular attendant at Friday evening religious services at Congregation Shaaray Tefila on Bay St. Among the many charities he supported were animal welfare organizations, Hospice, Charles R. Wood Cancer Center, Crandall Library, soup kitchens and others. Anyone wishing to provide a financial gift in his memory are urged to do so to a charity of their choice.

Burial will be private and at the convenience of the family at the Gerald B. H. Solomon Saratoga National Cemetery in Schuylerville.

Arrangements are under the direction of Regan & Denny Funeral Home, 53 Quaker Road, Queensbury.