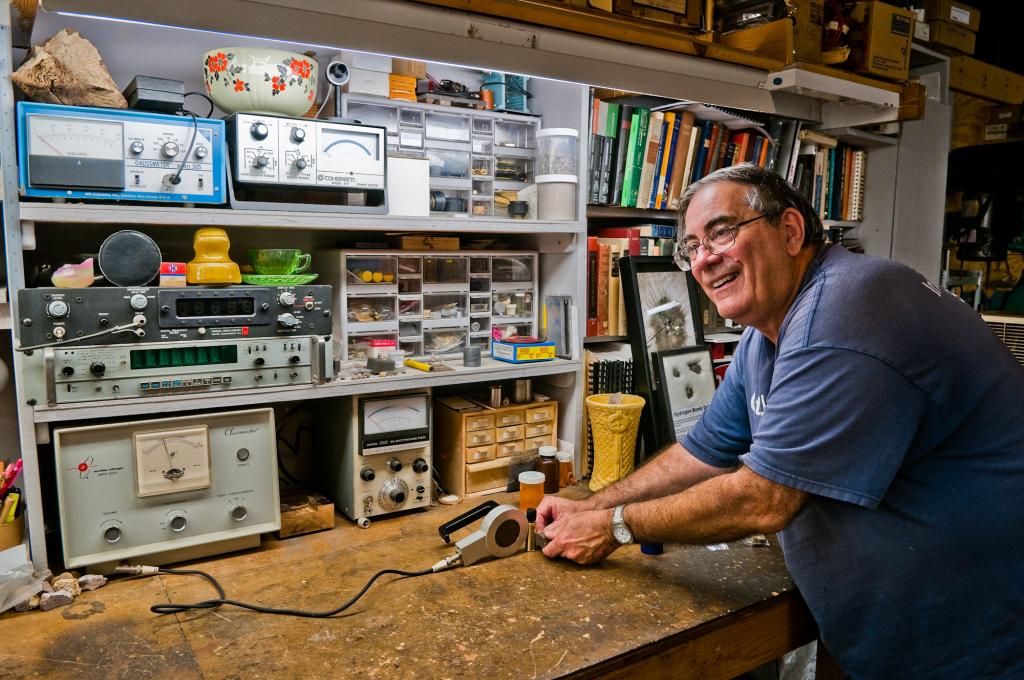 We just returned from the 21st Annual H.E.A.S./T.C.B.O.R. Conference hosted by Richard Hull in Richmond, Virginia. We arrived in Richmond Thursday evening and got to spend some time in Richard's lab before the masses arrived. Just visiting Richard's lab is an experience in it's own right. His lab is filled with very unique items that would make just about any amateur experimenter drool. If you're not drooling looking at all the stuff in Richard's lab, you might be drooling from the radiation. He has quite a collection of radioactive materials and has a fallout shelter sign hanging in his lab. If you ask me, I think I'd be looking for other places to hide in the event of a nuclear strike.

Many people brought demos to this year's conference. Larry Adams showed off two large Marx Generators, which were pretty impressive. Tim Rainey presented a thermoelectric demo, which was both interesting and informative. Bill Kolb demonstrated his “Flash Camera Cannon” and also gave an interesting talk about the engineering that went into the making the device. Cameron brought his “Arczilla” (a super-sized Jacob's ladder) which was a huge hit with the attendees. I demoed my two DRSSTCs: one had a secondary burn out Friday night, but both drivers survived with no problems.

The flea market had lots of interesting items this year. There were blue lasers that had been modified so that they were able to burn things. Also, there were Fresnel lenses from overhead projectors, which were immediately put to work setting leaves on fire. Cameron and I went over to Alex Tajnsek's place on Friday where Cameron bought a gigantic sixteen-stack variac. Cameron and Alex loaded the variac without the aid of any sort of winch or engine hoist.

This year turned out to be another great year, and I can't wait for next year's event. We were all very grateful for Richard's hospitality and hope to be able to attend for years to come.

Please take a look at the he 2010 H.E.A.S./T.C.B.O.R. Conference Gallery for photos Cameron and I took at the event. You can see HD videos that Cameron recorded on the Tesla Universe YouTube channel.