Newly Discovered Photos of the Launching of the S.S. Nikola Tesla 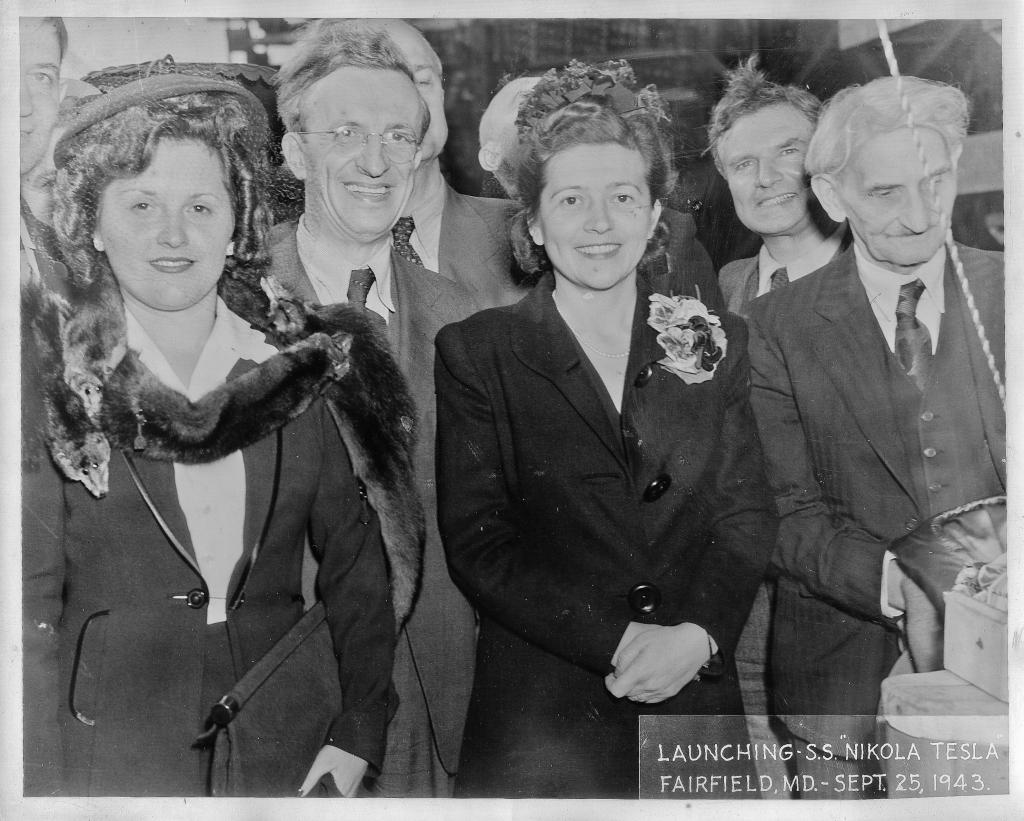 I was recently contacted by Nancy Prospero Anderson of Gaylord, Michigan. Nancy explained that she had found several photos while cleaning the homes of deceased relatives. Some of the photos were taken of her relative, Etbin Kristan, at the launching of the S.S. Nikola Tesla on September 25th, 1943. Mr. Kristan was a Serbian freedom fighter, writer and Yugoslavian diplomat. He is featured in the photos along with Sava Kosanović, Nikola Tesla's nephew.

You can see enlargements of the photos or versions that include designations. Etbin Kristan is designated as number 12 and Sava Kosanović is number 4. If you know anything about the photos or can help identify the other parties shown in the photos, please leave a comment.