The Real Cause of Henry L. Transtrom's Death 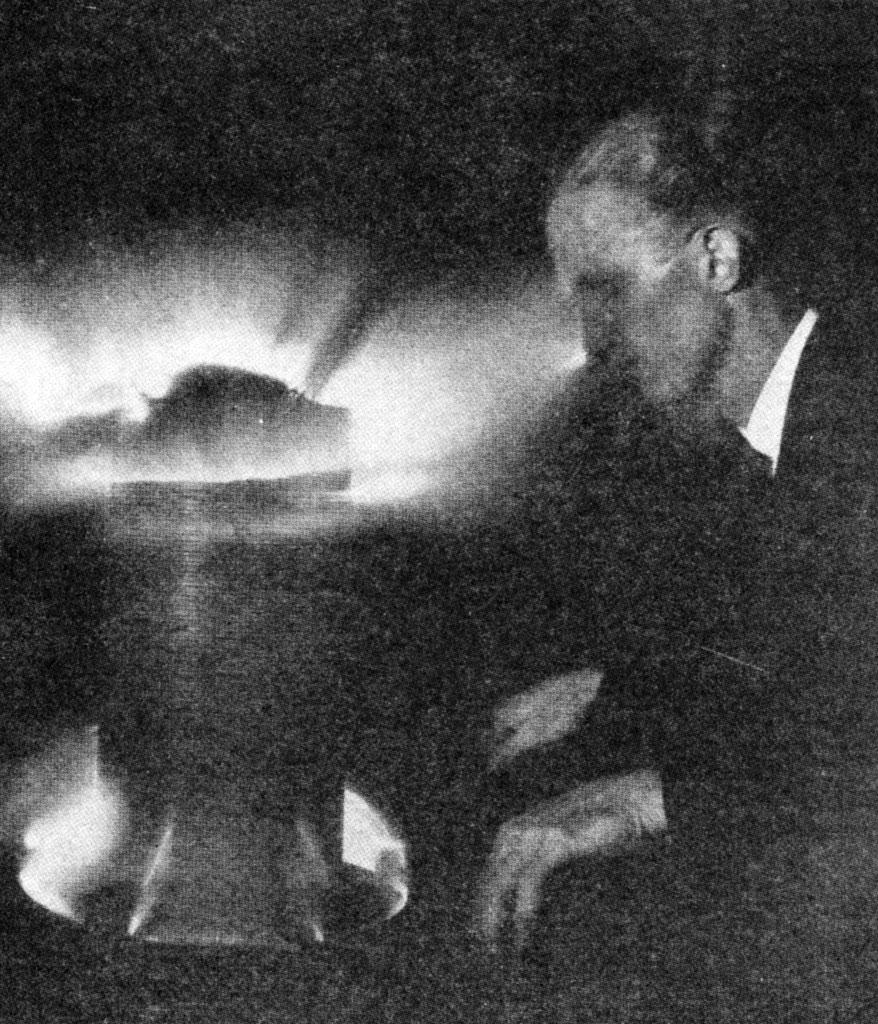 Henry L. Transtrom is the author of ELECTRICITY at High Pressures and Frequencies and was also a performer of high voltage demonstrations. It has been widely believed that Mr. Transtrom was electrocuted while perform his experiments before an audience in the early 1900s. Legend has it that Mr. Transtrom was sitting on an insulated platform which was connected to the output terminal of a Tesla coil. When the coil was powered on sparks would issue from Mr. Transtrom's fingers or he would illuminate lamps using energy from the coil as it passed through (over) his body. On this particular occasion, when the coil was turned on, an arc emanated from Mr. Transtrom's back and struck an unknown grounded wire or structure behind a curtain on the stage. This alleged incident created a current path through Mr. Transtrom's body and he was killed instantly.

While planning for the S.H.V.E. platform I had numerous people cite this story as they warned me about the dangers of such experiments. While I totally agree that ALL high voltage experiments are dangerous, I was very pleased to learn that the story isn't factual based on the following email:

Hello my name is Tamara (Holm) Zizzo. My father is James Holm, who is the son of Edith (Transtrom) Holm, who is the daughter of the late Henry L. Transtrom referred to on your webpage. I enjoy the fact that my Great-Grandfather is an urban legend, but I regret to inform you that Henry L. Transtrom, did not die performing. He succumbed to Leukemia, with my grandmother at his bedside. I have confirmed this with both my father and my grandmother, who currently resides in California. Do with this information what you will, but since he only had one child who only has one surviving son and 3 surviving grandchildren and 6 great-grand children so far, there are very few people around to set the record straight. I know it makes a better story if he died on stage, so do what you must, but I thought I would let you know.

The Henry L. Transtrom Wikipedia page has been updated to reflect this same information. I have no idea of how such a dreadful rumor would have been started and grown to such a degree but it would be nice to know the source. If you have any information, please comment on this article.