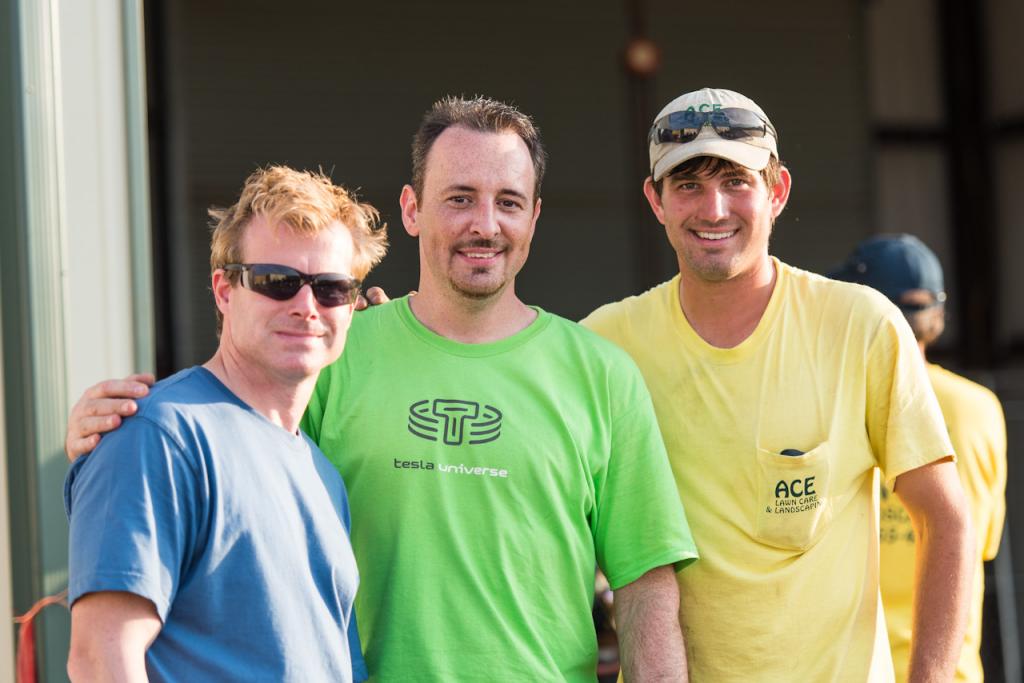 Earlier this year I was contacted by the producer of the National Geographic TV series Rocket City Rednecks for assistance with a season 2 episode involving a Tesla coil. I'm not going to give away the details, but Phillip and I did three separate shoots with them for the upcoming “DIY Death Ray” episode which is scheduled to air December 20 at 9:30pm ET/PT.

Here's a description of the episode:

“No gunpowder or bullets... in Alabama?! Travis thinks it's high time that modern weaponry evolved - after all, gunpowder is a thousand-year-old invention. He predicts that beam technology is the wave of the future. But building an actual ray weapon proves to be more challenging than Travis expected. After a failed experiment that destroys Mama Taylor's brand-new microwave, the guys ask a local mad scientist for help with high-voltage technology. Together, they convert a giant Tesla coil into a weapon by attaching a 'gun' made from an old pressure washer hooked up to a can of argon gas. With all this high voltage, can the Rednecks cook up something that kills the bad guys without killing themselves?”

Yep, you guessed it, I'm the local mad scientist...

So mark your calendars or set the DVR for Rocket City Rednecks on National Geographic at 9:30pm ET/PT on December 20 and in the meantime, catch the season 2 premiere November 29 at 9pm ET/PT.