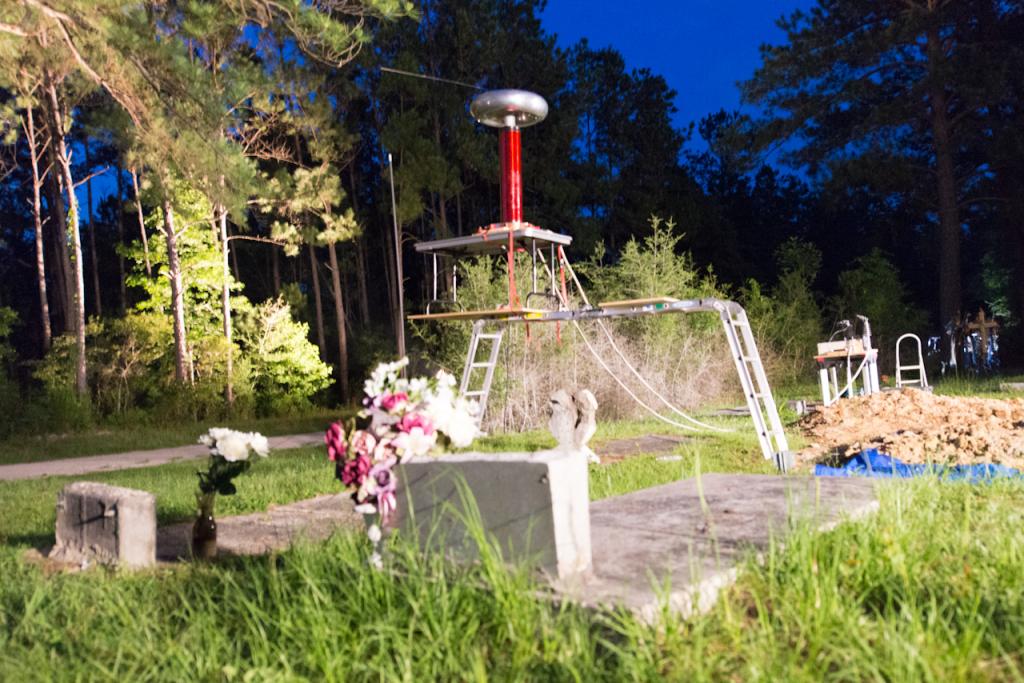 Back in May of this year, we were contacted by the producers of the reality TV series Fact or Faked: Paranormal Files which airs on the SyFy network. A Tesla coil was needed for the show and we were happy to assist. The episode featuring the coil was filmed in a graveyard near Slidell, Louisiana.

Reportedly, a witness snapped a photo of a ghost-like entity which appeared in the graveyard as a plasma or lightning discharge above another person's head. The Fact or Faked team used one of our Tesla coils to recreate the photo for the show.

Helping with the episode was a lot of fun. The team was very professional and a pleasure to work with. We had a little scare with the generator, but quickly worked through it and everything went very smoothly otherwise.

The show airs this coming Tuesday night on SyFy at 9PM EST.

The Tesla Universe team will be featured in another reality TV series episode this fall where we assist with a Tesla coil powered weapon. Additional details will be posted at a later date.

Be sure to watch Fact or Faked: Paranormal Files on SyFy this coming Tuesday night.