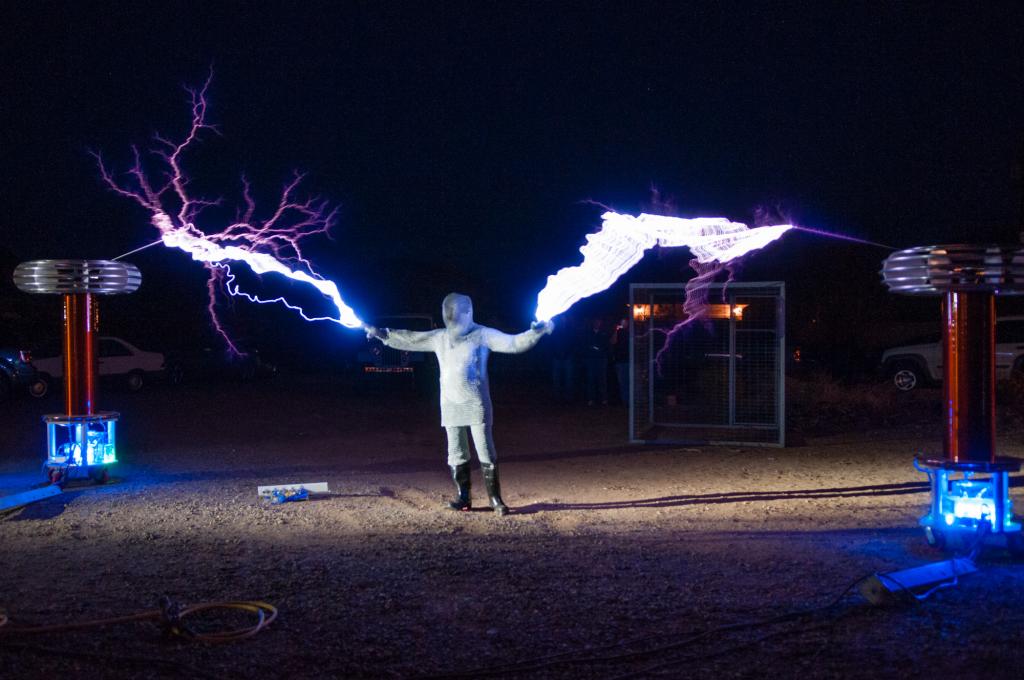 UPDATE: Several HD videos, including two of the Faraday Copter, are now available on the Tesla Universe YouTube channel.

It was another great year at the Winter Western Teslathon. Last year there were lots of Tesla Coils, and this year was no exception. There were several new coils this year. Bart Anderson of JavaTC fame finally made it out to Arizona, and brought his 8” DRSSTC. Bart's DRSSTC put on quite a show, pumping out what looked to be seven to eight foot sparks. Henry Hurass showcased his new bipolar DRSSTC which looked very nice, and played well too. Tyler Steineckert brought his twin DRSSTCs. Tyler played several songs on his twins, until the MMCs melted. Eric Goodchild and Steve Caton brought their large DRSSTC twins. They put on a show playing several songs. Matthew Edwards performed with the coils in a Faraday suit.

The highlight of the evening was Jeff Parisse's Faraday Copter. It was a quad copter with a metal cage surrounding it. It was able to fly in and out of the sparks with ease, and made for a very cool show.

Cameron, John and myself have contributed several images of the event which you can see in the gallery to the right. Enjoy the photos!