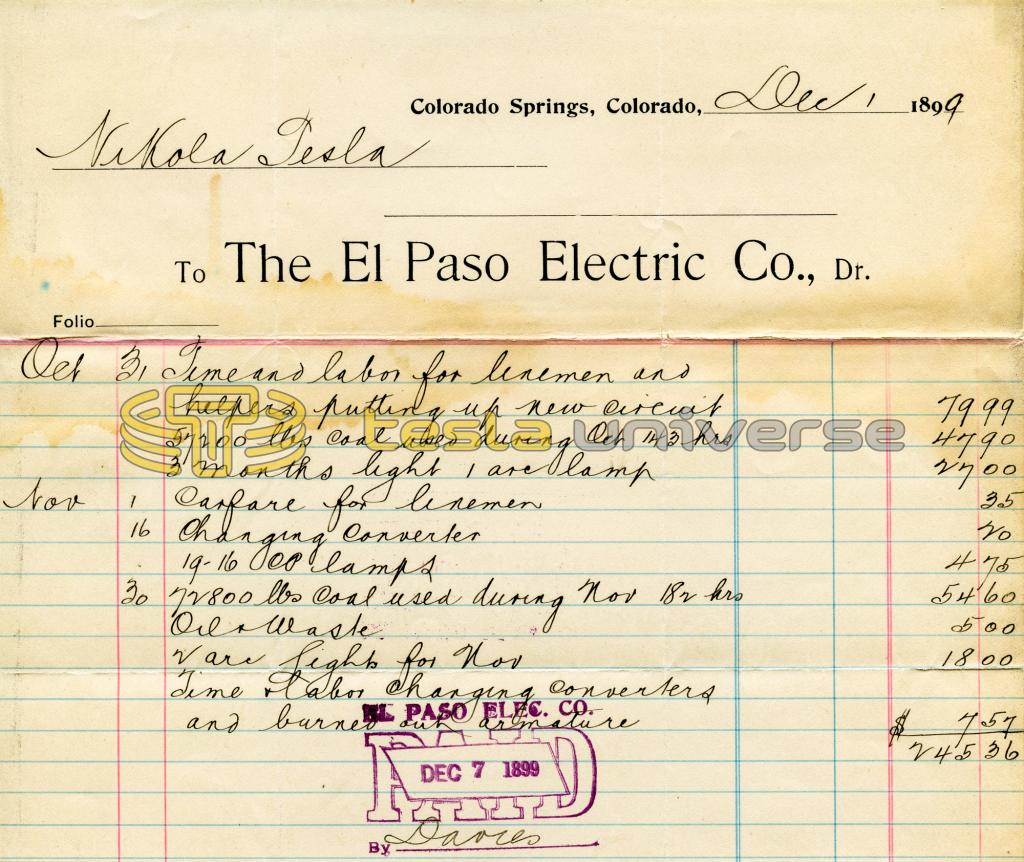 If you know anything about Nikola Tesla, you've probably heard the story of him blowing out the power plant in Colorado Springs with his 20-million-volt magnifying transformer. Thanks to the late William "Bill" Wysock, you can now see the receipt for the repair work performed to restore power to Colorado Springs, documenting this historic event.

Here on this 159th anniversary of the birth of Nikola Tesla, Tesla Universe is proud to release these never-before-published documents. We honor Bill for his contribution and thank him for his efforts to preserve the Tesla legacy.

The documents were purchased by Bill from great Tesla historian, Mr. Leland Anderson, for an undisclosed sum, in the late 1980s, or early 1990s. There are 59 documents in total and they will be released regularly here on Tesla Universe beginning with seven receipts from Nikola Tesla's time in Colorado Springs: