Some weeks ago, quoting from a New York contemporary, we were able to direct attention to M. Nikola Tesla’s work in connection with the use of alternate currents and motors. At the late meeting of the American Institute of Electrical Engineers, M. Tesla read a paper upon the subject, amply illustrated and descriptive of the work upon which he has been engaged. It is too soon and the materials at command are too scanty to enable a definite conclusion to be arrived at, but whatever further information may bring forth, there is no mistaking the fact that this paper will mark an era in the progress of electrical engineering. The thoughts of many inventors have been directed to the design of alternate current motors, practical men have pointed out the link wanted in the apparatus supplied them, and the supporters of the continuous current system have had their hands considerably strengthened from the fact that no apparatus was discovered whereby energy could be distributed by means of alternate current machines. The advocates of alternate currents pointed out that could such apparatus be devised it would probably lead to a reduction in prices for machines, and decrease the cost of maintenance and the probability of breakdowns. M. Tesla’s work, be it crude and impracticable, or fairly perfect and practical, will enforce the dictum that a want has only to be felt, and sooner or later it will be supplied. We have never sided with those who professed such apparatus to be impossible. The greater number of mechanical and continuously rotary movements are obtained by the application of opposite forces at different periods. The maidservant draws a pail of water from the bottom of a well by alternately pushing and pulling on the handle of the windlass. The locomotive goes continuously forward, by reason of the expansive force of steam applied first in one direction then in the opposite direction, and it was doing an injustice to the inventive talent of the world to believe that the push and pull of electricity could not be used to obtain continuous motion in any desired direction. The views expressed by M. Tesla in his paper will be carefully studied, and, without doubt, there will follow many improvements in the direction he has pointed out. 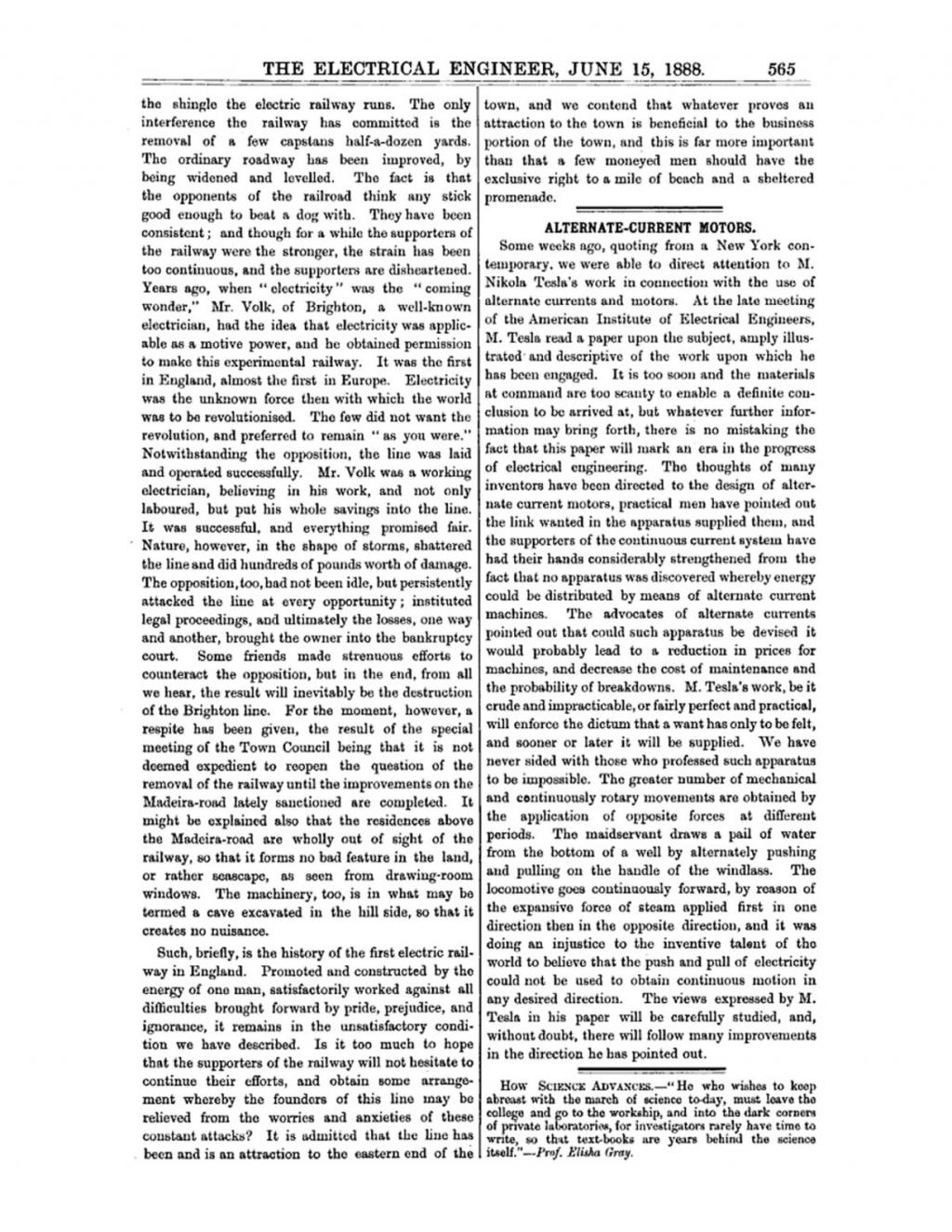