One of the most noteworthy developments in the domain of alternate current working is the prominence which has been given within a comparatively short time to the condenser and its action in relation to circuits possessing high self-induction. Heretofore regarded seriously as a working device only by the telegraph and telephone engineer, the condenser has suddenly risen to occupy a place such that it would be difficult to predict to what uses it may hereafter be put. As another illustration of its present wide application we note this week its use by Mr. Tesla in his well-known alternating motor. In alternating motors of this type the induced circuit in the armature represents an inductive resistance which has a considerable value and which is constantly changing with the varying position of the coil with respect to the field magnets.

Such a motor is virtually a transformer, and anything that tends to increase its output will, other things being equal, improve it. Evidently one of the chief requisites in a motor in which currents are induced in the armature is to pass through the armature circuit the greatest possible current which can be produced by a given impressed E. M. F., or, in other words, by a given inductive effect of the field. Mr. Tesla accomplishes this by placing a condenser in the armature circuit, thereby counteracting the self-induction and hence permitting a larger volume of current to pass through the induced circuit. In order to permit of the rotation of the condenser Mr. Tesla places it in the armature, or very ingeniously connects the armature plates so as to form a condenser. Mr. Tesla, we may add, also uses a like connection in other forms of induction apparatus, such as converters. 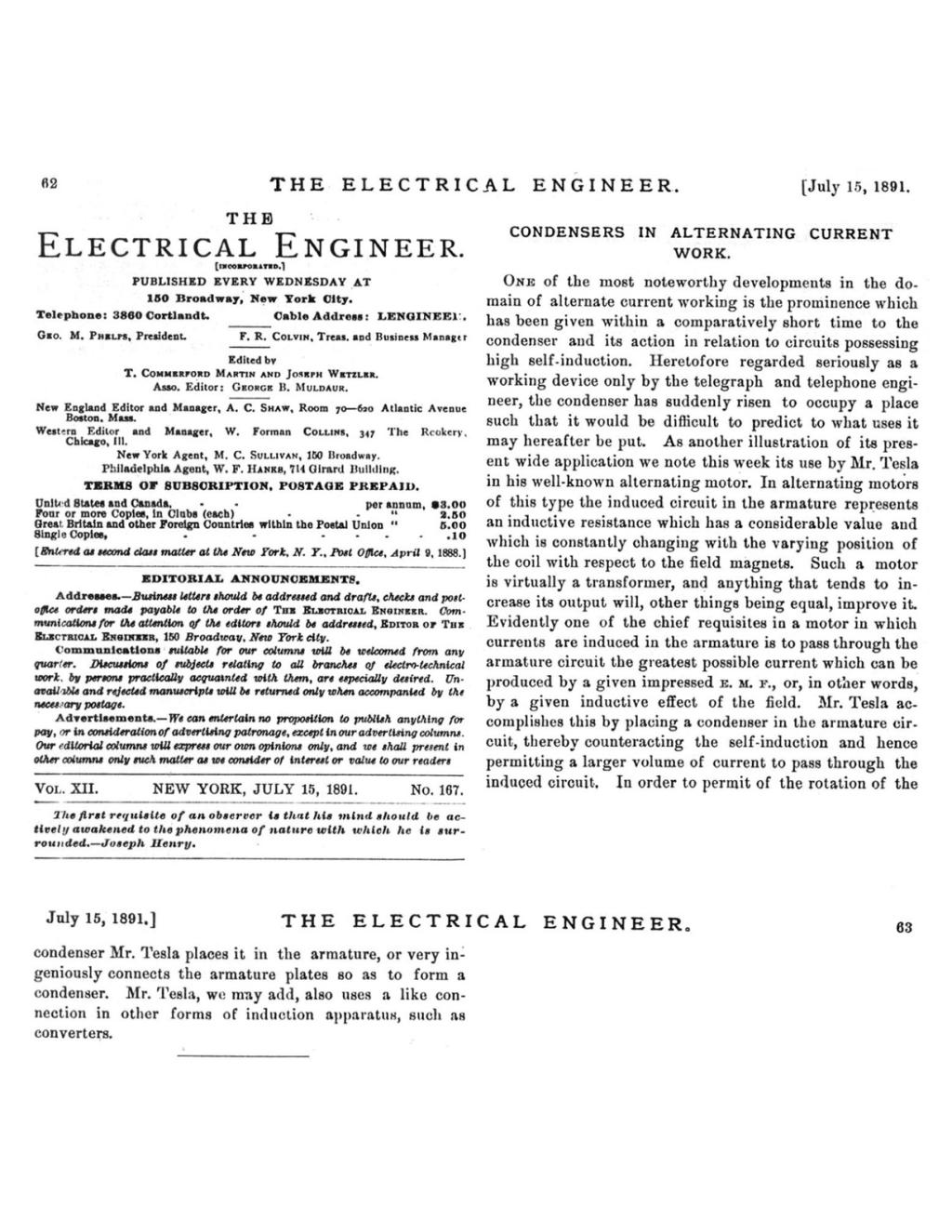