Pending the publication of the full report of Mr. Tesla’s lecture before the American Institute of Electrical Engineers, we give this week the essential principles embodied in a new system of illumination as embodied in a patent which has just been issued to him. It will be noted that what Mr. Tesla had set before him was to obtain in the first place, alternations of very high frequency by charging and disruptively discharging a condenser, and then raising the potential enormously by means of an induction coil. In other words, Mr. Tesla accomplishes the desired results by exalting the effects which have heretofore been produced in but a feeble manner. It will be noted that though employing alternations in the primary generating apparatus far exceeding those at present in vogue, Mr. Tesla does not depend upon even this high frequency to effect the desired purpose, but introduces the disruptive discharge of the Leyden jar with its well-known enormous frequency as the means for obtaining the required rapidity of alternation. With the method now clearly pointed out, we believe that it will take but a comparatively short time to work out and present to the public the practical details necessary for the general application of such a system. 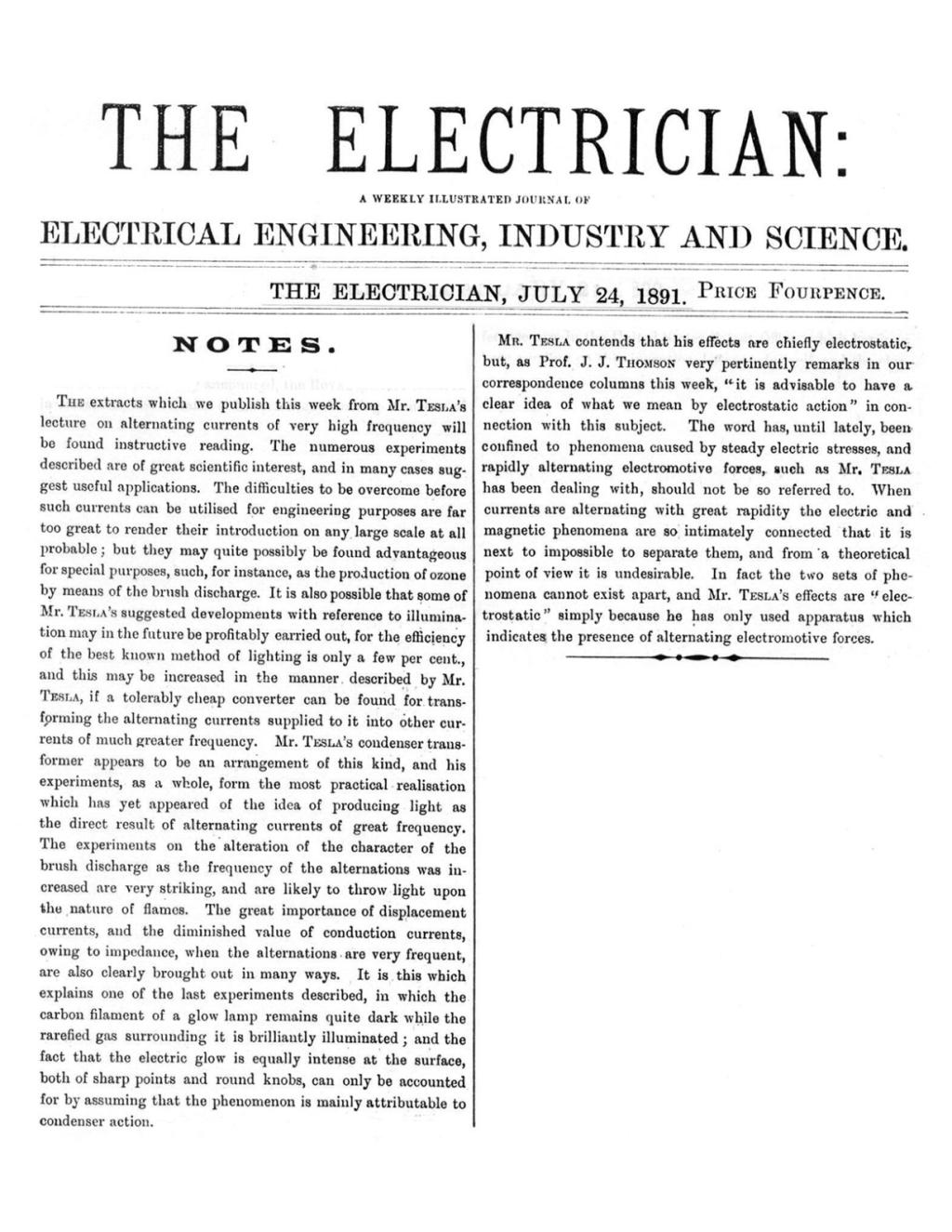