A Donut to a Mushroom type Antenna - Why? 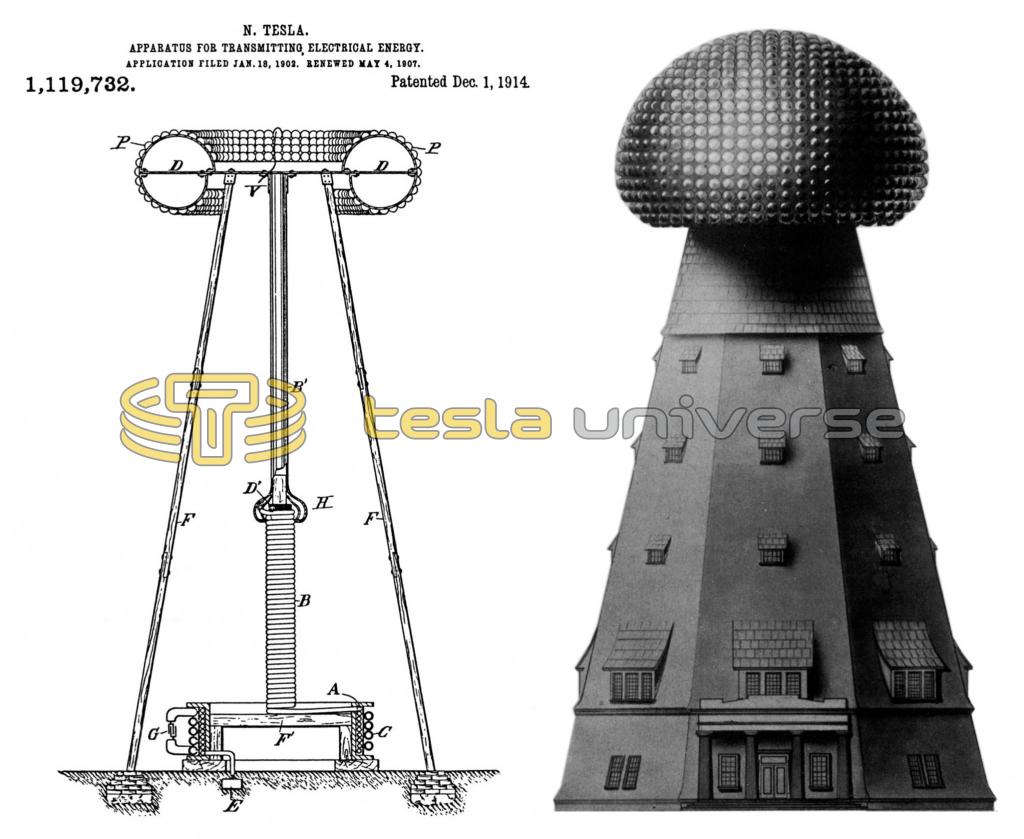 Many researchers have noticed that Tesla’s Patent No. 1,119,7321 has a huge donut type antenna at the top of the tower. When Nikola built his Wardenclyffe wireless tower on Long
Island, New York, the donut was replaced by a dome or mushroom design.

There has been speculation as to why the change…

As usual the real reason isn’t all that exciting. The original donut design was very expensive. The architects’ presented Tesla with an estimate of $450,0001 for the donut antenna. Tesla had to change the antenna to a more economical design.

2 Anderson, Leland, I. NIKOLA TESLA ON HIS WORK WITH ALTERNATING CURRENTS AND THEIR APPLICATION TO WIRELESS TELEGRAPHY, TELEPHONY, AND TRANSMISSION OF POWER. Sun Publishing, Denver, Colorado. 1992, pp. 143-144. 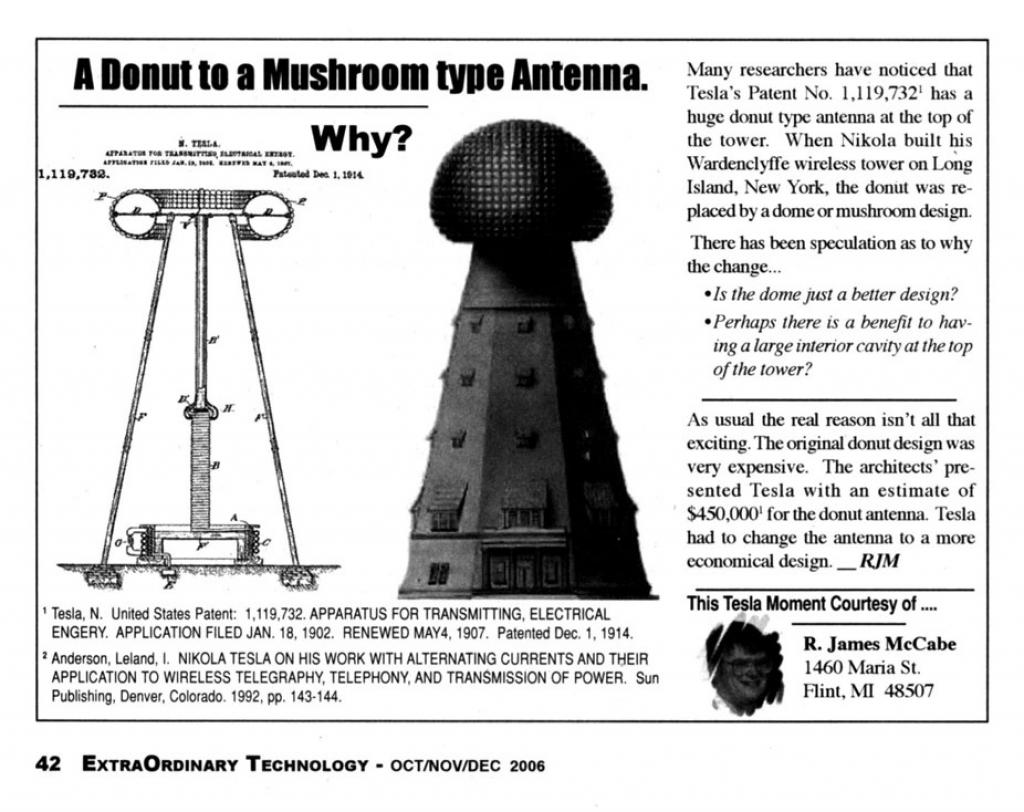