Nikola Tesla, who has been making some rather remarkable assertions of late in letters printed in the New York Times publishes another communication under date of January 26th. This is a part of it:

“I read in your issue of today that, according to Lieutenant-Colonel Chales, director of military telegraphs of France, a wireless message ‘should theoretically go around the world.’ If you will take the trouble of perusing my French patent, No. 354,791, you will find that this has long since ceased to be a theory, for that document, while bearing the date of April, 1905, describes experiments which I made in the Fall of 1899, and one of which was to pass currents of 100 amperes around the globe, a mere breadth in view of its immensity, but more than necessary to affect a sensitive receiver. You will also notice that in those tests I used ‘undamped’ oscillations, one of my earliest improvements, which you seem to find pleasure in attributing to other electricians. These facts are mentioned incidentally, merely with the desire of informing you correctly.

“What I wish to bring to your attention relates to certain provisions of the last wireless conference which are now being considered by the United States Senate. Some of the rules were undoubtedly proper and applicable to ‘radio-telegraphy’ by electro-magnetic or Hertzian rays, in view of the impossibility of preventing interference and because many different forms of apparatus were employed. But since that time the Herts waves have been abandoned by the more advanced experts and a uniform system adopted which permits the simultaneous transmission of any desired number of wireless messages without interference and with a precision and accuracy equal to, if not greater, than that practicable with cables.” 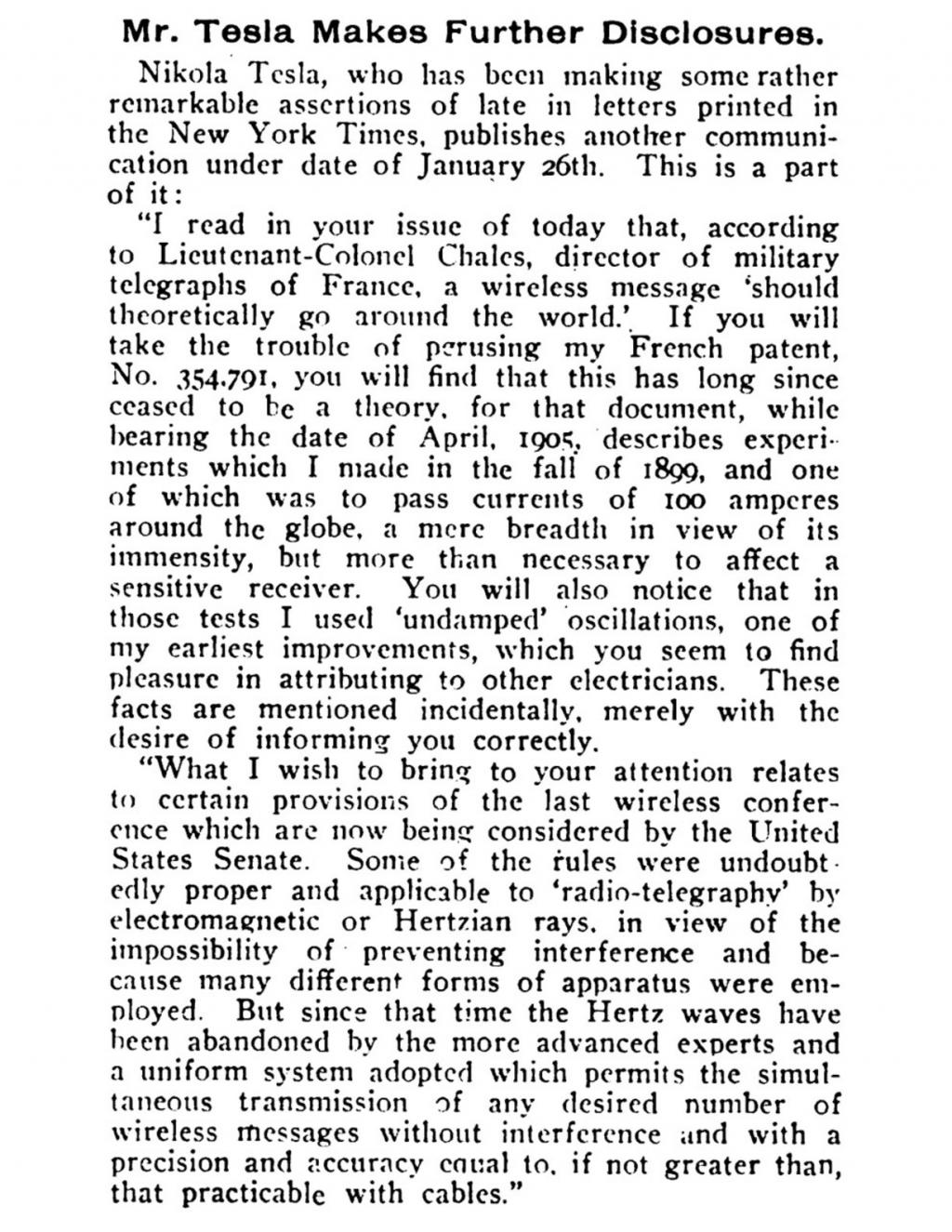