Those who had the good fortune to attend Mr. Tesla’s famous lecture at Columbia College last May, will probably have evinced no surprise on reading the account of his lecture delivered in London, as given in our cablegram last week. It must indeed have been apparent to even the most casual observer that Mr. Tesla’s researches had extended much further than the limits of a single evening would permit him to touch upon, while, on the other hand, it was but natural to expect that so skillful an experimenter as Mr. Tesla would make considerable progress during the time intervening between his first lecture and the one just delivered. The latter, is, if anything, even more striking in its results and in its possibilities than that of last May, which came as a revelation to electrical engineers. In it Mr. Tesla has demonstrated not only a number of facts of the highest importance as bearing upon the modern views of the nature of electricity, but has actually shown how to apply some of his results in actual practice. Thus, the operation of a motor running on one wire and even without any connection with the generator would alone have sufficed to make the occasion a memorable one; but the numerous other beautiful experiments performed confirm the opinion, already well grounded, that Mr. Tesla has opened up a new and vast field not only of research but of practical applications. The London Institution of Electrical Engineers and the Royal Institution are to be congratulated on having had Mr. Tesla’s latest results first brought out before them, and it is understood that the American Institute of Electrical Engineers will be similarly favored by Mr. Tesla on his return. 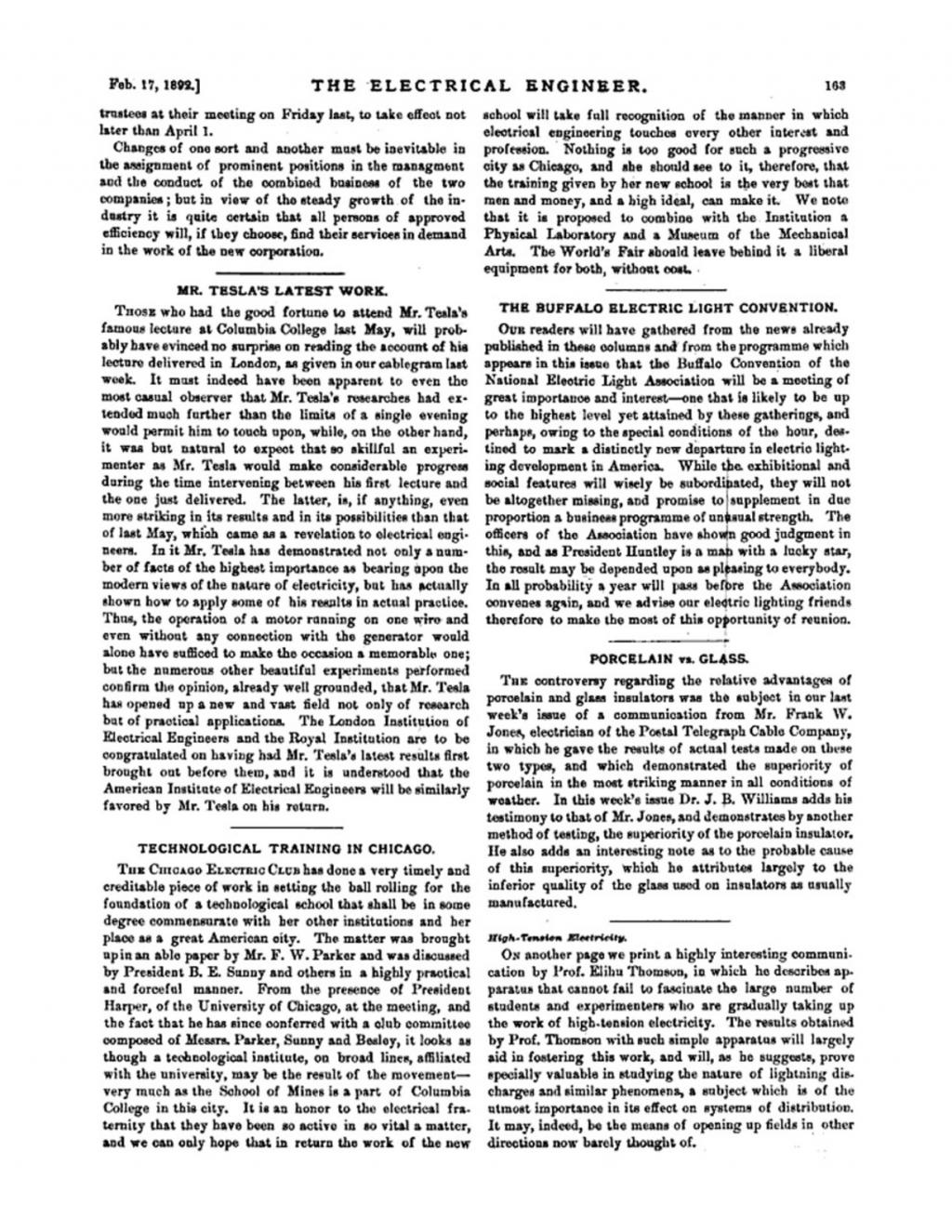