Nikola Tesla is Awarded the Edison Medal by A.I.E.E.

The seventh Edison medal, which was awarded to Nikola Tesla on Dec. 13, 1916, “for meritorious achievements in his early original work in polyphase and high-frequency electric currents.” will be presented to Mr. Tesla at the annual meeting of the American Institute of Electrical Engineers in the auditorium of the Engineering Societies Building, 29 West Thirty-ninth Street, New York, on Friday evening, May 18, 1917, at 8.30 p. m. Ladies are invited to attend this meeting.

President H. W. Buck will preside, and addresses will be made by Dr. A. E. Kennelly, chairman of the Edison medal committee; Charles A. Terry, New York, and B. A. Behrend, Boston.

HISTORY OF THE EDISON MEDAL

The Edison medal was established upon the initiative of a group of friends and associates of Thomas A. Edison for the purpose of recounting and celebrating the achievements of a quarter of a century in the art of electric lighting, with which the name of Edison is imperishably identified. It was decided that the most effective means of accomplishing this object would be by the establishment of a gold medal which during the centuries to come should serve as an honorable incentive to scientists, engineers and artisans to maintain by their works a high standard of accomplishment.

The Edison medal was therefore established and endowed with a trust fund, under an indenture dated Feb. 11, 1904, whereby the A.I.E.E. agreed to award the medal annually. The medal is awarded each year by a committee consisting or twenty-four members of the Institute to a resident of the United States of America or its dependencies, or of Canada, “for meritorious achievement in electrical science or electrical engineering or the electrical arts.” 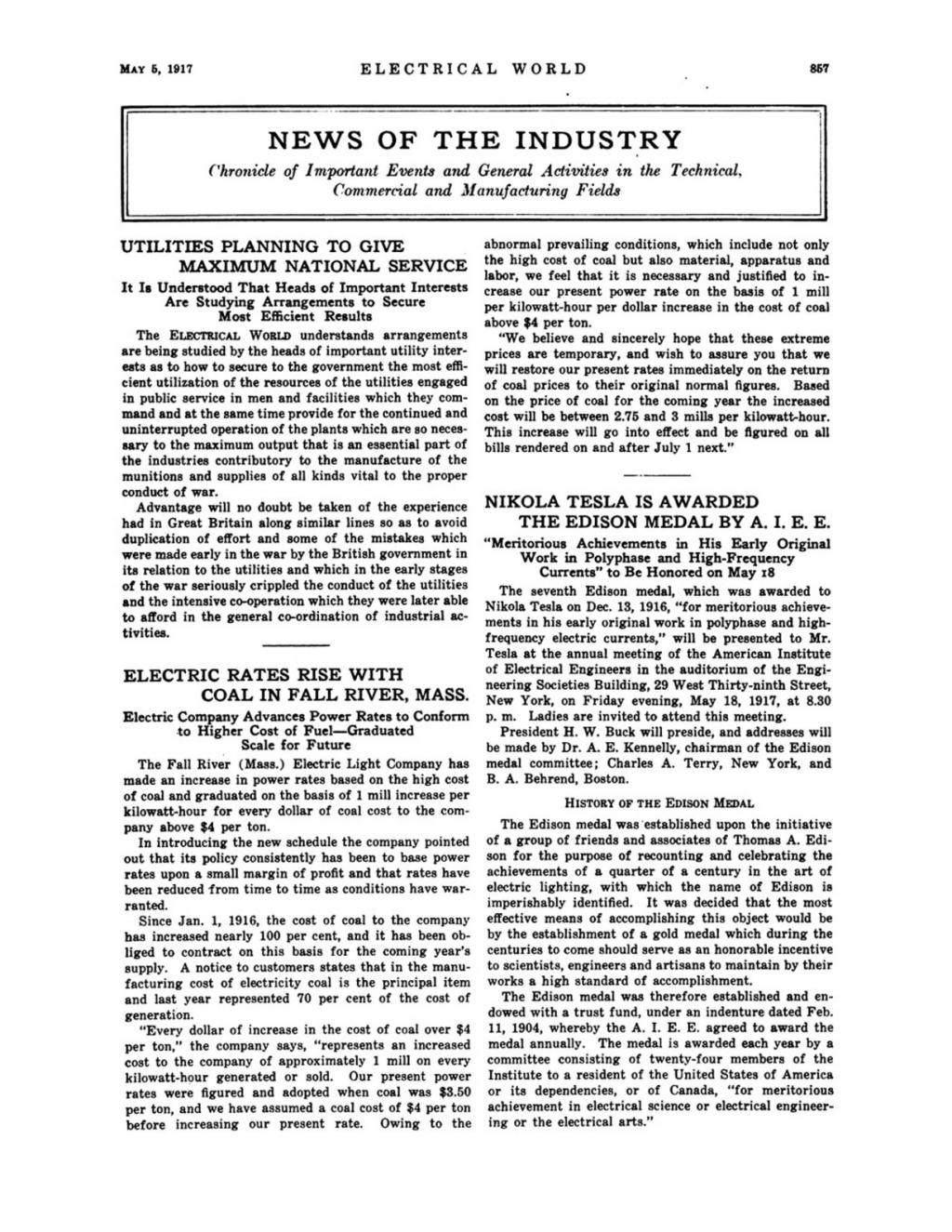