From Nikola Tesla (A Tribute to George Westinghouse)

by Nikola Tesla
Electrical World, The

The first impressions are those to which we cling most in later life. I like to think of George Westinghouse as he appeared to me in 1888, when I saw him for the first time. The tremendous potential energy of the man had only in part taken kinetic form, but even to a superficial observer the latent force was manifest. A powerful frame, well proportioned, with every joint in working order, an eye as clear as a crystal, a quick and springy step — he presented a rare example of health and strength. Like a lion in a forest, he breathed deep and with delight the smoky air of his factories. Though past forty then, he still had the enthusiasm of youth. Always smiling, affable and polite, he stood in marked contrast to the rough and ready men I met. Not one word which would have been objectionable, not a gesture which might have offended — one could imagine him as moving in the atmosphere of a court, so perfect was his bearing in manner and speech. And yet no fiercer adversary than Westinghouse could have been found when he was aroused. An athlete in ordinary life, he was transformed into a giant when confronted with difficulties which seemed insurmountable. He enjoyed the struggle and never lost confidence. When others would give up in despair he triumphed. Had he been transferred to another planet with everything against him he would have worked out his salvation. His equipment was such as to make him easily a position of captain among captains, leader among leaders. His was a wonderful career filled with remarkable achievements. He gave to the world a number of valuable inventions and improvements, created new industries, advanced the mechanical and electrical arts and improved in many ways the conditions of modern life. He was a great pioneer and builder whose work was of far-reaching effect on his time and whose name will live long in the memory of men. 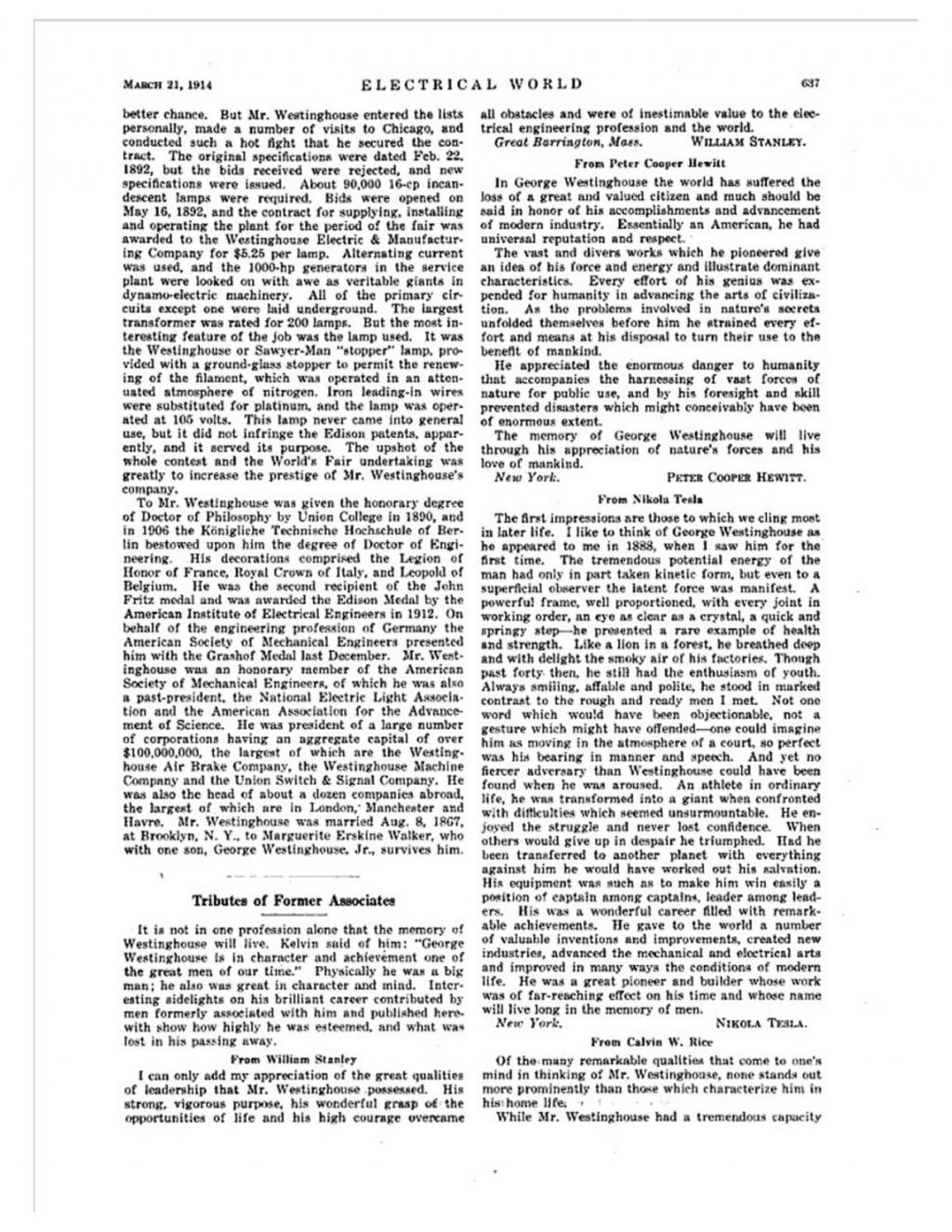