Eighty years ago today at Smiljan, Lika, on what was the border of the old Austro-Hungarian empire, Nikola Tesla was born. The great inventor to whom the world is indebted for many of the more important electrical discoveries, especially that of the rotating magnetic field, is celebrating the occasion with a private luncheon at the Hotel New Yorker.

Guests of honor will be Konstantin Fotitch and Vladimir Hurban, Ministers respectively from Jugaslavia and Czechoslovakia, each accompanied by the first secretary of legation, who are coming to confer on the inventor the decorations of their countries. Minister Fotitch is to bestow the Order of the White Eagle and Minister Hurban the Order of the White Lion.

As has become customary on his birthdays, Dr. Tesla will make announcements of what he has done in the electrical field during the year. This time, it is understood, he had been especially interested in vacuum tubes for conveying high voltages and which may make possible the creation of cheap radioactive substitutes for radium.

Dr. Tesla has received many honors during the past twelve months. His likeness has appeared on a postage stamp and the Tesla Institute for Scientific Research has been founded. 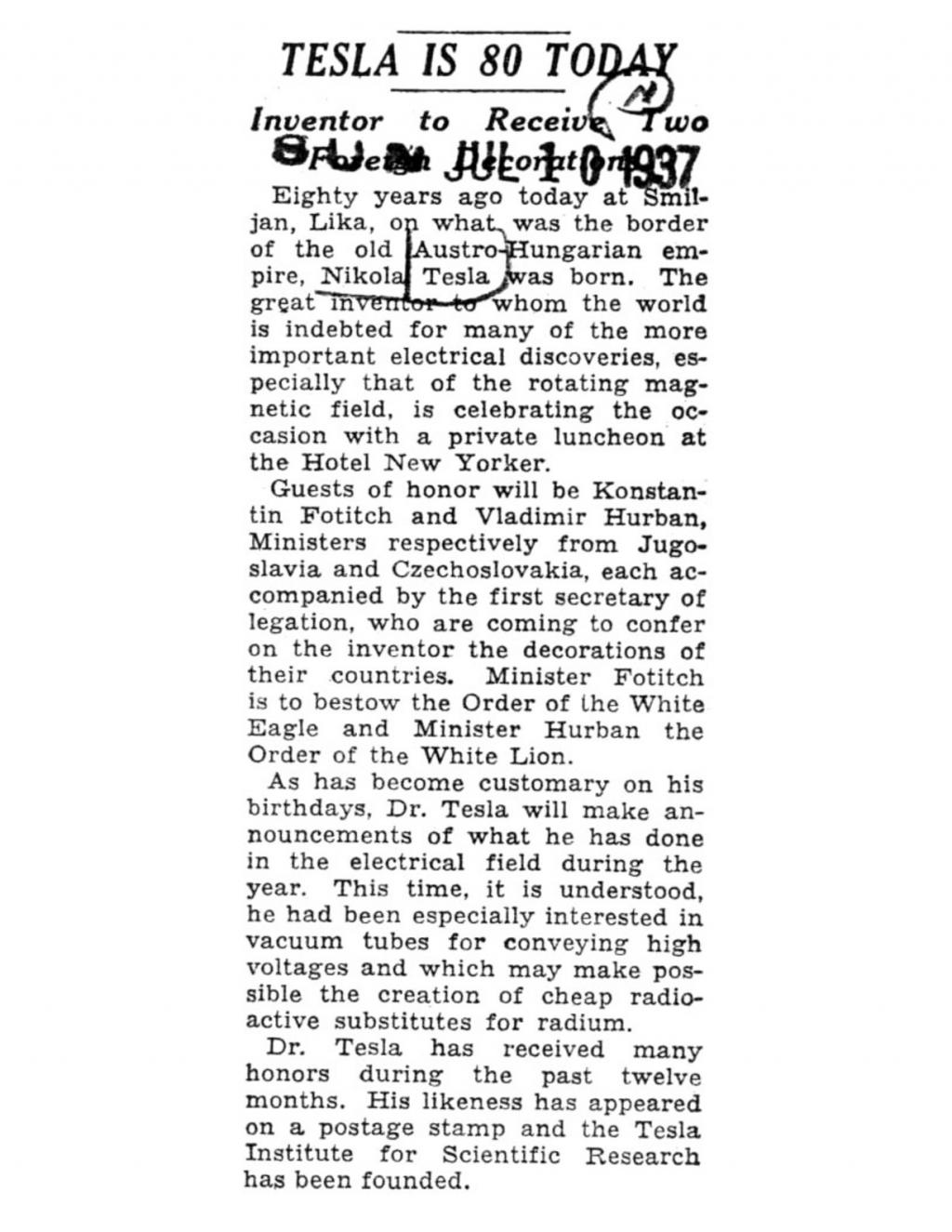