Famous Scientist to Tell Them Tomorrow.

Nikola Tesla, physicist and inventor, will have not one but three startling discoveries to announce at a press luncheon on the occasion of his seventy-ninth birthday tomorrow, he said today at the Hotel New Yorker.

Mr. Tesla said that one of these discoveries is a new way of transmitting energy, an entirely new principle nothing like wireless. The second method has to do with a new method of housing cosmic rays; and the third concerns a problem which scientists and inventors have worked on for seventy-five years but which every one has given up as utterly impossible. 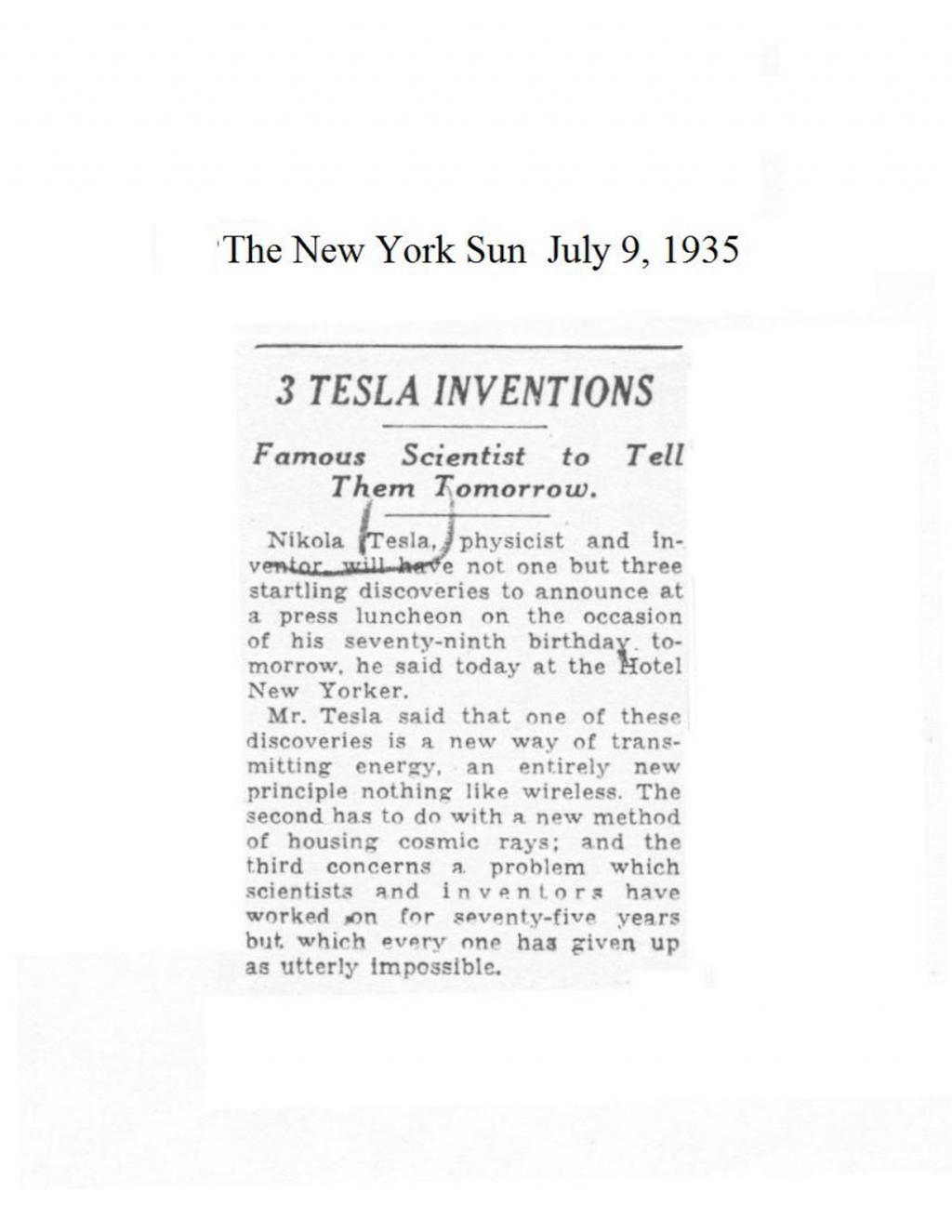