To the Editor of The Sun — Ever since Nikola Tesla died on January 7 I have been wondering where I filed a clipping from some paper of the 1890s which told of his early experiment with Roentgen rays. Finally my patience was rewarded when from a copy of "Alice in Wonderland" dropped the clipping, dated April 22, 1896 - very possibly from The Sun. It told of a long letter which Tesla wrote to the Electrical Review concerning a “new type of fluorescent screen” which he devised “to greatly increase the sharpness of the outlines.” He wrote:

...the vertebral column can be seen quite clearly, even in the lower part of the body. I have also clearly noticed the outlines of the hip bones. Looking in the region of the heart I have been able to locate it unmistakably. The background appeared much brighter, and this difference in intensity of the shadow and surrounding has surprised me. The ribs I now could see quite distinctly as well as the shoulder bones.

Though at first reading this seemed to indicate advanced research in the use of X-rays, my Britannica soon informed me that Roentgen discovered the power of X-rays in the autumn of 1895, in Germany, and that in the next “few weeks” reports came in from all over the world recording their value. So rapidly did the technic develop that “by the end of February, 1896, the method was in comparatively general use” for making radiographs. Tesla's contribution seems to have been chiefly an attempt to examine human organs by using improved apparatus. 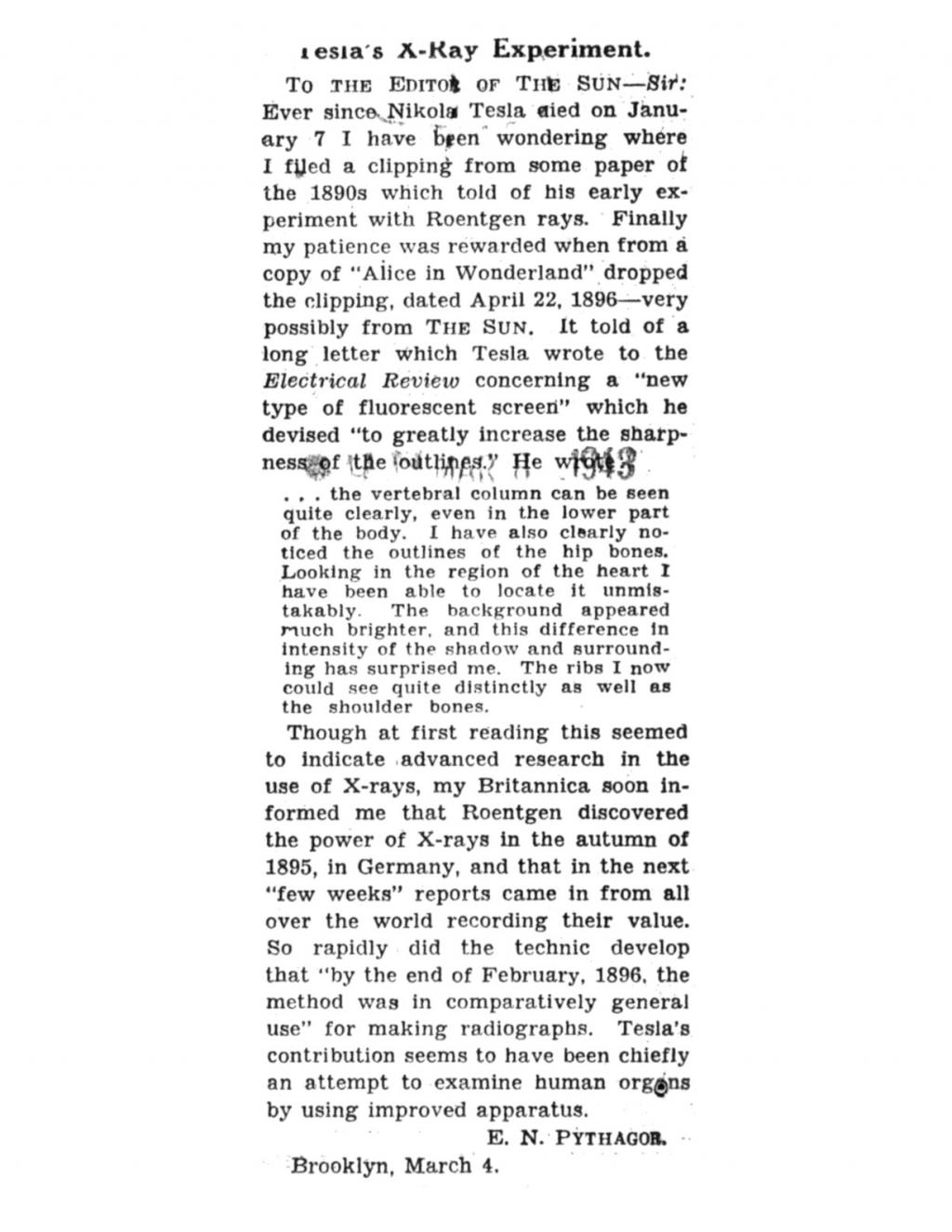