I have been much interested in the accounts given by Mr. Nikola Tesla of his experiments with lamps in which illuminations are obtained without the use of the so-called filamentary conductors.

The subject of the patent referred to by you in page 69, July 17th, 1891, is very similar to that of an old patent granted to me in 1882. During the years 1880 to 1882 I went over almost every experiment detailed by Mr. Nikola Tesla in describing his new system of electric lighting.

Many forms of lamps are illustrated and described in my patent, No. 4,752, 1882, entitled “Intensifying fluorescent and phosphorescent electric lighting, whereby the same is rendered serviceable for illuminating purposes, and apparatus for effecting the said intensification.” These lamps can be worked at high tension and high frequency, but one of my objects at that time was to work these new lamps at safe pressures, and to some extent I accomplished that by placing both conductors inside the bulb, but still the pressure required is very high.

There is every likelihood of this method of lighting being developed into something useful. The luminous effects, and the heating effects of alternating discharges of electricity are not very well understood; text-books of science and teachers usually treat them as pretty tricks only to be stared at, very much in the same way as they treated the induction coil as a funny scientific toy for giving shocks, before it was discovered to be a transformer.

Illumination is so intimately connected with electrical discharges that we cannot but think that a useful method of electric lighting may be worked out on these lines.

My experiments proved the fact that brilliant lights could be so obtained by using high pressures and moderate frequency, and I believe the only direction in which to work for the production of light without any accompanying heat lies in the direction of high pressure alternating electrical discharges.

I have still by me some of my experimental apparatus and all my notes on the subject, so that I shall shortly communicate an article on the whole subject to this journal, so that our editors may print it if it is found of interest. 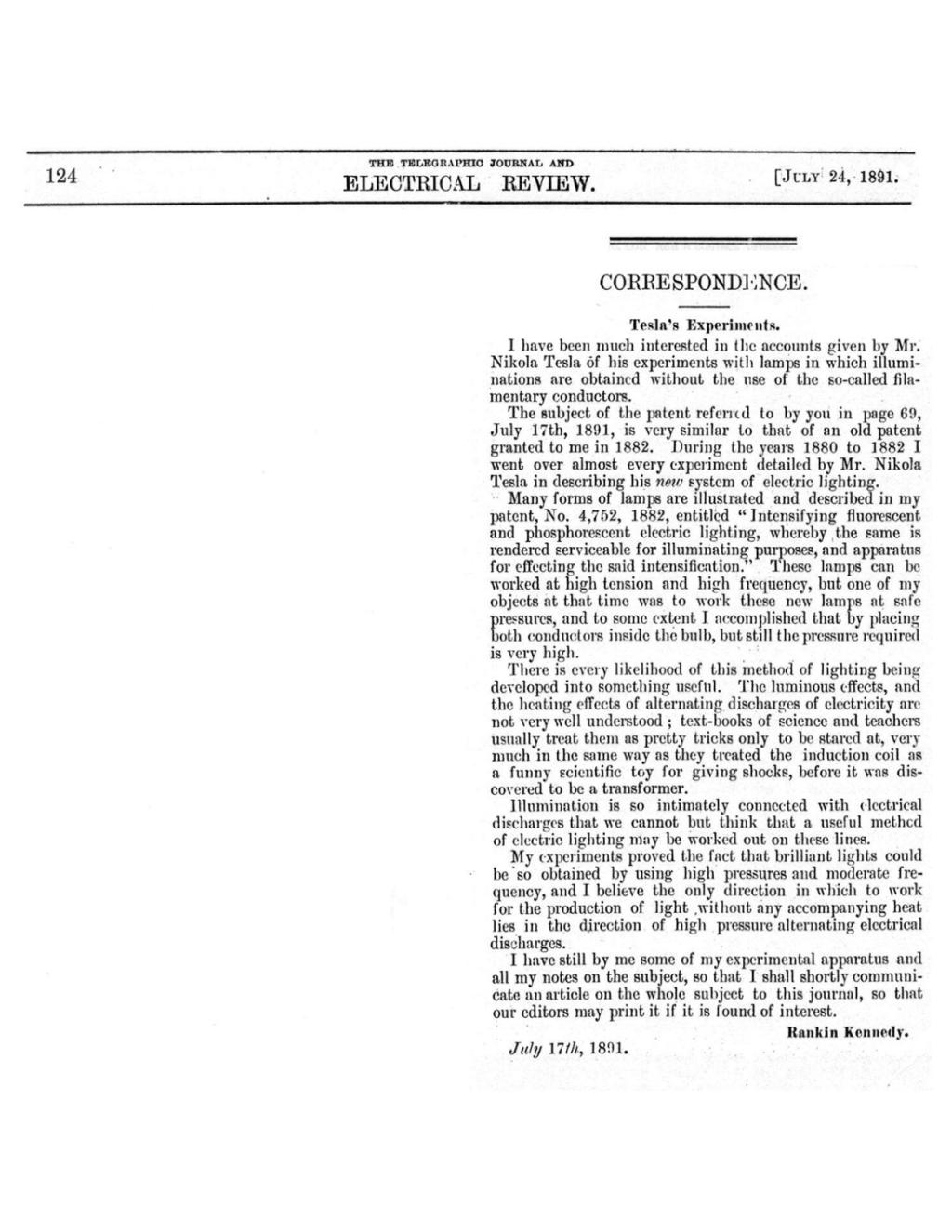