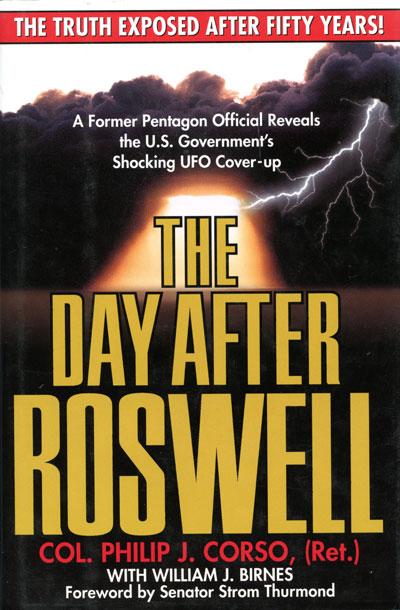 The Day After Roswell

An excerpt from the chapter entitled, “Tesla's Death Ray” and the Accelerated Particle-Beam Weapon:

Embedded in the army field reports and air materiel command engineering evaluations analyzing the Roswell craft were descriptions of how the spacecraft might have utilized a form of energy known as “directed energy,” powerful beams of excited electrons that could be precisely directed at any target. We didn't know very much about directed energy back in 1947, or more precisely put, we didn't know how much we knew because in reality we knew a lot. But the information that had been readily available since the 1930s was lying sequestered at a public storage facility, under the authority of the federal government, over on the Lower East Side of Manhattan in the notes of the mysterious inventor Nikola Tesla, whose experiments and reputed discoveries have become the stuff of bizarre but exciting legend.