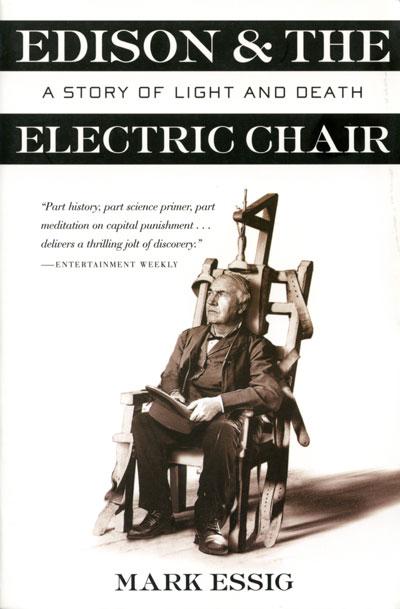 Edison and the Electric Chair: A Story of Light and Death

In 1879 Thomas Edison unveiled the light bulb and launched the electrification of America. As he feverishly wired Manhattan and other cities with direct-current lines, his rival, George Westinghouse, was undercutting his business with a less expensive but potentially more dangerous alternating-current system.

The debate over the safety of alternating current peaked in the 1880s, just as New York's legislators were seeking a more humane alternative to the gallows. Despite having been an avowed opponent of the death penalty, Edison used his laboratory resources and reputation to help persuade state officials to reject the guillotine and lethal injection in favor of electricity. But there was a catch: Edison insisted that his own direct current was perfectly safe - only Westinghouse's alternating current could cause certain death in the electric chair.

Edison & the Electric Chair delivers a provocative new examination of Thomas Edison and explores America's love of technology and its fascination with violent death, capturing an era when the public was mesmerized and terrified by an invisible force that produced blazing light, powered streetcars, carried telephone conversations - and killed.

Mark Essig earned a doctorate in American History from Cornell University, where he studied the history of forensic medicine. A native of St. Louis, he now lives in Los Angeles. This is his first book.