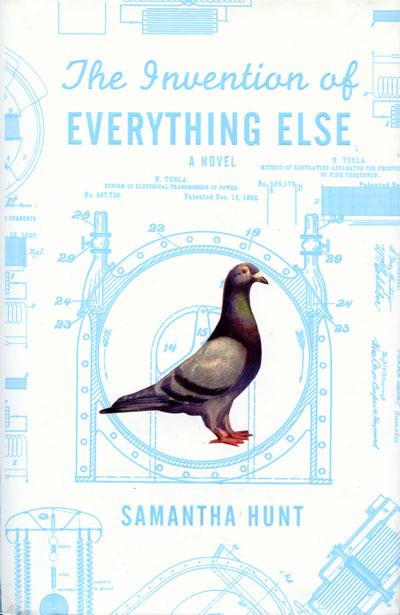 The Invention of Everything Else

From the acclaimed author of the debut novel The Seas - which won a National Book Foundation award for writers under thirty-five - comes this utterly transporting new novel, a wondrous imagining of an unlikely friendship between the eccentric inventor Nikola Tesla and a young chambermaid in the Hotel New Yorker, where Tesla lives out his last days.

From the moment on New Year's Day 1943 when she first catches sight of the strange man who occupies a forbidden room on the 33rd floor, Louisa, enthralled by radio dramas and the secret lives of the hotel guests, is determined to befriend him. Winning Tesla's attention through a shared love of pigeons, Louisa - thanks to her finely honed snooping skills - eventually uncovers the story of Tesla's life as a Serbian immigrant and a visionary genius: as a boy he built engines powered by June bugs, as a man he dreamt of pulling electricity from the sky. As Louisa unpeels the layers of Tesla's past, she begins to glimpse the man who, though once esteemed by many, forbade himself human connection. Meanwhile, Louisa - facing her father's imminent departure in a time machine in order to reunite with his late wife - gets swept off her feet by a mysterious mechanic (perhaps from the future) named Arthur. Before the week is out, Louisa must come to terms with her own understanding of love, death, and the power of invention.

While luminously resurrecting one of the greatest scientists of all time, Nikola Tesla - inventor of AC electricity and wireless communication - The Invention of Everything Else immerses us in a magical mid-twentieth-century New York City thrumming with energy, wonder, and possibility.