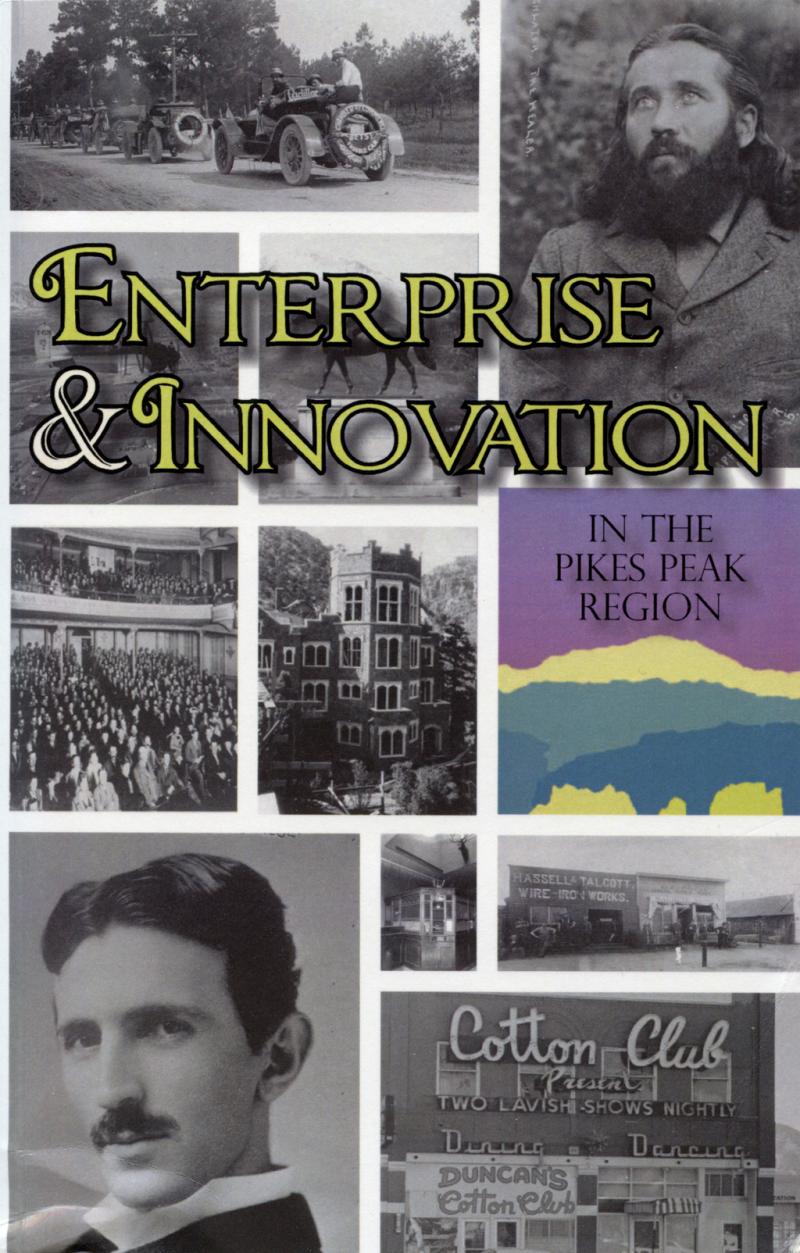 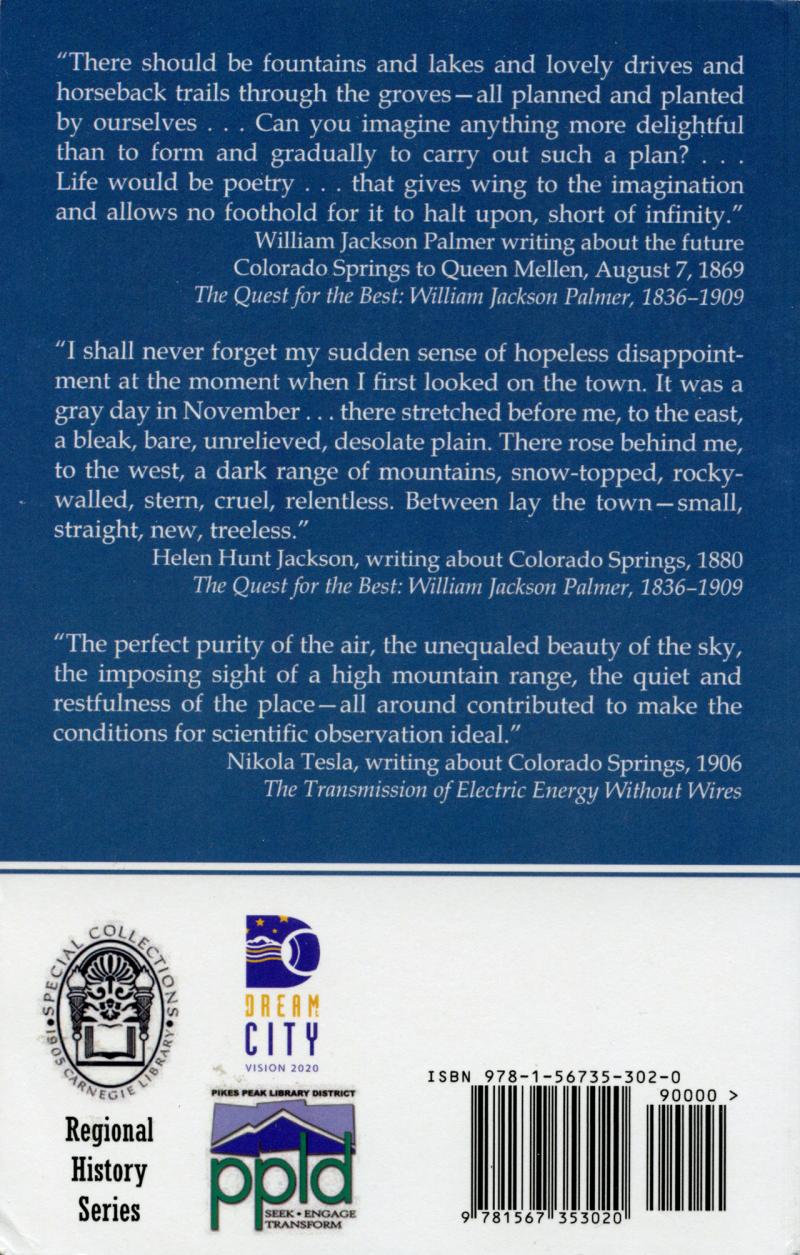 “Enterprise & Innovation in the Pikes Peak Region” was the subject of the 7th Annual Pikes Peak Regional History Symposium. This book includes the research presented at the symposium, as well as some supplemental resources that round-out a discussion of the diverse innovations of the region. Developments in invention, commerce, science, flight, tourism, crafts, arts, acting, healing and community building are explored in the chapters of this book. Every idea, attempt, failure and accomplishment was founded on dreams and the anticipation of success.

The topic of Enterprise and Innovation resonated in the Pikes Peak community in 2010. Imagination Celebration of Colorado Springs hosted a What If, Festival of Innovation & Imagination on September 11, 2010, at the Pikes Peak Center. There were exhibits and learning activities for everyone in the community. The Pikes Peak Library District also participated, and the 2010 All Pikes Peak Reads (APPR) kickoff event was held in conjunction with the What If Festival.

APPR reading selections in 2010, centering on innovation and creativity, appealed to all ages. Community members read about and discussed the Chicago World's Fair of 1893, Nikola Tesla's discoveries and innovations with electricity, and the magic of snowflakes.

In addition, in 2009, the Dream City project formed to create a vision for the community's future. Many citizens contributed ideas and an inspiring goal for the Pikes Peak region took shape. The Dream City Vision 2020 is included in this book.

The Pikes Peak Library District also embraced innovation in 2010. New technology such as Radio Frequency Identification (RFID), a Library Express book and DVD dispensing machine, a computer download station, and streaming video from our website allowed the Library to be more responsive to patron needs and to provide 24/7 service more efficiently.

Determination and fearlessness, in the face of possible failure, fueled our predecessors' successes. We must continue to take risks, dream big, strive for better, evaluate and innovate to ensure a prosperous and vibrant outlook in the years to come. Perhaps some of the examples in tills book will inspire you to seek your own enterprising potential, adventure, and even fun! Wishing you success in these endeavors,
Paula J. Miller, Executive Director, PPLD
Tim Blevins, Special Collections Manager, PPLD

Chapters and authors in this work include: