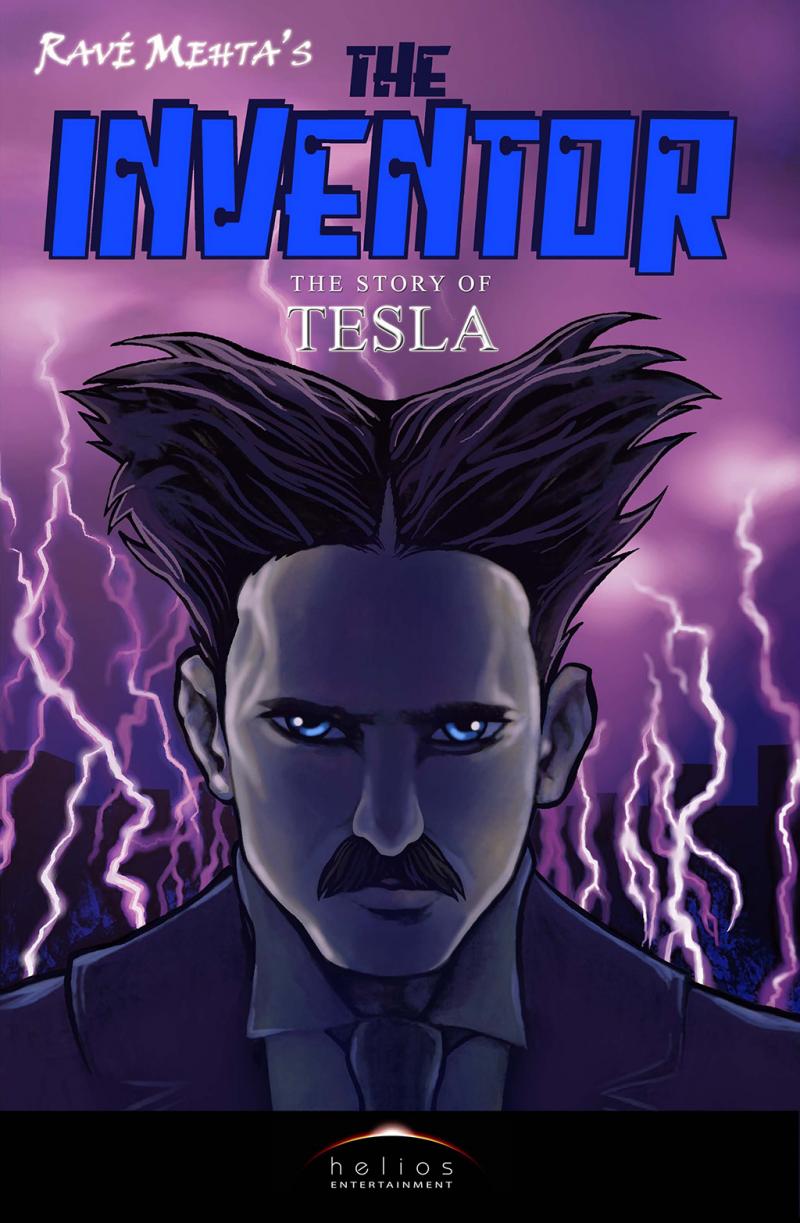 The Inventor: The Story of Tesla

The Inventor: The Story of Tesla is a best selling nonfiction graphic novel based on the true story of Nikola Tesla and how he battled Thomas Edison in the epic AC/DC wars so he may bring light and energy to the four corners of the world. Prepare to step into a world where science and magic are cut from the same cloth, where men turn night into day and where lightning strikes not from natures force, but from the fury of great minds.

From his journey through his childhood in Serbia to his immigration to America and subsequent revolutionary creations, Tesla was introduced to some of history’s greatest minds including: Thomas Edison, George Westinghouse, J.P. Morgan, Guglielmo Marconi, Mark Twain, Lord Kelvin, and Swami Vivekananda. However, great minds rarely collide without friction and a mentor can easily become an adversary. Such was the feud between Tesla and Edison and the war of the currents that ensued from the clash of these electrical titans.

The Inventor delves deep into Tesla's mind, his genius and quirks, ultimately creates an experience where the reader travels back in time and feels they are right at Tesla's side as he overcomes tremendous adversity. Filled with rich visuals, the graphic novel takes you to the very core of Tesla, a man who stood against the goliaths of industry and changed the world with nothing but his mind, passion, and vision for a better humanity.