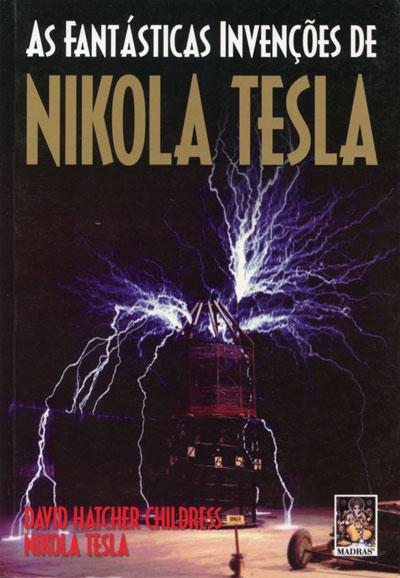 In The Fantastic Inventions of Nikola Tesla are the most amazing inventions of one of the greatest scientists of all time and true genius of electricity, described by himself. In this book, Tesla tells us how he planned to electrify the world with free energy and presents the reader with the fruits from years of research, based on his famous lecture in London, the first concerning the study of alternating current, high frequency and high potential. Highlights include: The modern program “Star Wars” - The advanced concepts of Tesla and Marconi for antigravity, flying saucers and time travel - Tesla's inventions: thinking machines, ozone generators and electric submarines - How unlimited power could be distributed and used anywhere on Earth - Documents to the Supreme Court about the dismantling of his famous Wardenclyffe tower.

Few know that Tesla worked for Thomas Edison. Seeing the growth of Tesla, Edison did everything to try to discredit him, including electrocuting animals to try to prove that the alternating current (AC), created by Tesla, was dangerous, but this proved the contrary to demonstrate the safety of AC, illuminating the World's Fair in New York, 1899. Tesla came to be nominated for the Nobel Prize in Physics, along with Edison, but Tesla refused to receive it. For this and more, we have a vast and exciting book, essential not only for scholars in this field, but for all those interested and curious about it.