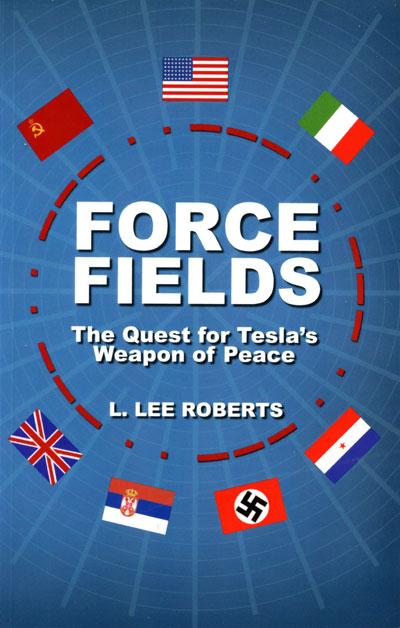 Force Fields: The Quest for Tesla's Weapon of Peace

The story of enemy agents pursuing the genius into his grave for the technology.

Recognizing Tesla's harmonic screen was capable of covering an entire city and disintegrating an attacking army or any airplane, Fitzgerald recruits the FBI and British MI in pursuit of the treacherous Italian. The Germans vow no one will claim Tesla's Hypersonic Tactical Weapon. The young Fitzgerald learns he cannot control the world.

1. The Day After Tesla Dies (The Italians had already targeted Tesla, only to discover him dead.)
2. The Missing Inventory (The Yugoslavs 'steal' their family property.)
3. Allies and Enemies (The entry of the Russians, Germans and English agents.)
4. Foreign Contacts (The key elements of the technology appear to be for sale.)
5. The Funeral (The Army Intelligence works to protect thousands of sympathizers.)
6. Foreign Forces and Eulogies (The sectarian groups and private armies.)
7. Private Forces (Agents from seven warring countries investigate each other.)
8. Final Forces (Decisions of three men and one woman that changed history.)

"Nikola Tesla is one of history's most mysterious and brilliant scientists. Force Fields is a riveting account of what might have been, a World War II thriller that runs on high octane." James Thayer, author of 'White Star' & 'Terminal Event.'