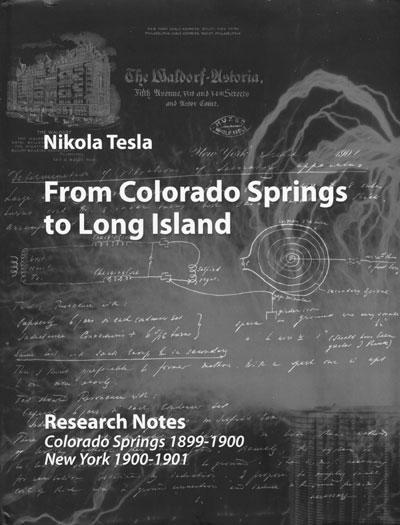 Because of the enormous significance of Tesla's contributions to modern civilization, and the need to preserve and promote heritage of universal value, in 2003 UNESCO (United Nations Educational, Scientific and Cultural Organization) included Tesla's archives, as a segment of the movable documentary heritage of humanity, in the Register “Memory of the World”. This is the highest form of protection of cultural property and, for that reason, in September 2006, the development strategy of the Nikola Tesla Museum, especially in its segment based on the use of the latest information technologies, was to start a large and significant project of digitalization of the complete archive materials from the personal legacy of Nikola Tesla, kept in his museum in Belgrade. In this manner, the Museum is fulfilling its two main basic obligations - to preserve Tesla's archives in the best possible manner, and to also allow the largest possible number of people to use these archives, and thus become a member of the special community, which is incessantly, and tirelessly, working on the project “Preserving and Sharing Memory”.

Owing to the support of information technologies, allowing far more efficient and more analytical insights into the most significant segments ofTesla's archives, precious and as yet unpublished notes from Tesla have been rediscovered and included in this new and amended edition of his previously published research notes, which the Nikola Tesla Museum is publishing in its edition Monographic Works, under the title From Colorado Springs to Long Island.

The beginning of the road to this edition, more than 30 years long, stretches back to the time of the first large publishing projects of the Nikola Tesla Museum. Many years of great efforts by a large number of associates gathered around the director, and one of the founders of the Museum, Professor Veljko Korać, led in 1976, on the 120th anniversary of Tesla's birth, to the first publication of the Research Notes from Colorado Springs. Work on this very important edition, and the translation of Tesla's research notes, was principally carried out by Vojin Popović, long-standing Professor of the Belgrade Faculty of Electro Technology, Honorary Doctor of Belgrade University, and a great expert and promoter of the work of Nikola Tesla.

Unlike the previous Museum editions (Nikola Tesla: Lectures, Patents, Articles, Nikola Tesla Museum, Belgrade, 1956, and Tribute to Nikola Tesla, Presented in Letters, Articles, Documents, Nikola Tesla Museum, Belgrade, 1961), Tesla's Research Notes from Colorado Springs was the first work translated into Serbian. Since these writings by Tesla have never been published before, and the expert and general public was expecting to discover some of the long hidden secrets of the great inventor in these texts, the book generated great attention and the Serbian edition was sold out in a very short time. The edition in English (Nikola Tesla: Colorado Springs Notes 1899-1900, Nolit, Belgrade, 1978) was prepared over the next two years and published in 1978. Immediately after the publication of Tesla's notes, this unique publishing enterprise by the Museum and the foreword and comments by Professor Aleksandar Marinčić were highly praised by the greatest scientific authorities from around the world.

The next edition in Serbian of Tesla's notes appeared in 1996. On the occasion of the 140th anniversary of Tesla's birth, the Belgrade Institute for Schoolbooks and Teaching Aids (Zavod za udžbenike i nastavna sredstva, Beograd) published Nikola Tesla's Colorado Springs Notes with a new introduction and additions to the commentaries and reference literature by the editor-in-chief, Academician Aleksandar Marinčić.

Tesla kept his diary regularly, almost daily, during the eight months of his stay in the laboratory built on the slopes of the Pikes Peak Mountain, the farthest east of the big peaks in the Rocky Mountain chain. He came to Colorado Springs on May 18, 1899, with the intention to, as he himself stated, “to construct a generator of high-frequency currents of high-power, to develop method of individualization and mutual insulation of energy transmitted, and to determine the laws of transmission of currents through the Earth and the atmosphere.”He left his research notes, taken between June 1 that year and January 7, 1900, containing diverse measured values and calculations, numerous diagrams, observations or comments pertaining to daily experiments and the use of new configurations of instruments, working equipment and their arrangements.

Encouraged by the results obtained in Colorado, Tesla started thinking about the construction of a large transmitter that would allow not just for reception of radio and telegraph signals around the world, but would also provide energy for high-power devices. At the end of 1900, he found a financier for the project of his life, and at the beginning of 1901 he signed an agreement with John Pierpont Morgan, one of the key figures of the business and finance world, whose decisions crucially influenced the development of the economy, and especially the electrification and industrialization of the U.S.

During the same time period, immediately before and several months after the signing of the agreement with J.P. Morgan, Tesla continued to organize his notes from Colorado Springs. Moreover, in his New York laboratory, he performed some additional research and experiments to establish the influence of the arrangement of coils in the oscillation circuit on inductivity and their resonance tuning, worked on new devices and the development of his theory of wireless energy transmission, in preparation for a huge undertaking - the construction of the world communication system on Long Island, which would be based on his enormous high-voltage sparking transmitter from Colorado Springs.

Exactly these “new” notes, written almost exclusively on the notepaper of the New York Waldorf Astoria Hotel during 1900 and 1901, together with the previous writings from Colorado Springs, form a new, complete unit, giving a more comprehensive insight into everything that preceded Tesla's, regrettably never completed, life project.

The processing of new materials demanded special effort, experience, and huge knowledge of the whole work of Nikola Tesla. Therefore, the Museum owes special thanks to Milan Ćirić PhD, long-term scientific associate of the Nuclear Research Institute “Vinča” in Belgrade, who expertly performed the very difficult task of reading Tesla's manuscripts, and, as a great expert on this specific material, translated all the New York notes into Serbian. Another great expert on Tesla's work, academician Aleksandar Marinčić, accompanied all the new notes with precious scientific and expert commentaries and explanations, as he did for the previous editions of Colorado Springs Notes 1899-1900. At the same time, Professor Marinčić also took upon himself the responsibility of analyzing all the drawings of electrical circuits, various sketches and diagrams, and transferring them to electronic form, which allows every researcher to precisely and easily understand Tesla's experiments and the results he obtained.

In the digital processing of old and new writings, the processing of original photographic plates and positive photographs, the introduction of various calculations, tables and formulas, a significant contribution to the realization of this significant edition of Tesla's notes was also given by the associate of the Nikola Tesla Museum, Ivana Zorić, as well as the graphic designer, Olivera Sinadinović, who, in the final processing of this extremely difficult material, gave a special character to the graphic design and layout of this book with her simple, elegant solutions.

In 1902, Tesla continued his research performed in New York in his laboratory on Houston Street, in the new Wardenclyffe laboratory on Long Island. It is there that he began the research that would demonstrate his boundless creative spirit and visionary mind, when he envisioned the technical innovations that would be realized only at the end of the 20th and the beginning of the 21st century. At the same time, the three years of work on Long Island were the source of great disappointment. The end of Morgan's financial support, certainly also influenced by Marconi's successful demonstration of transatlantic communication, led to Tesla's abandonment of further work on the Long Island station, and his significant shift towards other research, especially in the field of machine engineering. Over the next twenty years, Tesla would, based on his new and completely original transfer of energy by friction from and to the fluid, realize new constructions of working circuitry for his bladeless turbo-machines, pumps, turbines, blowers, compressors, and similar devices.

Based on the fact that key segments of archive materials have been digitalized, primarily the original photographs and documents covering Tesla's research and personal correspondence, the Nikola Tesla Museum has significantly intensified its publishing activity, and between 2006 and the publication of this edition, has published 22 publications within its six newly established editions. In this manner, over less than two years, numerous documents covering Tesla's life and work have been made available to the widest domestic and world public, by being published in Serbian and English.

New information technology resources allow the possibility of continuing the processing and presentation of the materials from the period covered by this edition, by publishing all documents related to Tesla's research on Long Island, as well as those from the later decades of his work, primarily from the field of machine engineering. These insufficiently processed and researched fields represent a great challenge for the associates of the Nikola Tesla Museum, and will certainly be a fresh and precious inspiration for future researchers - to further investigate the work of the ingenious inventor, expecting new and exciting discoveries still hidden in his huge body of work.