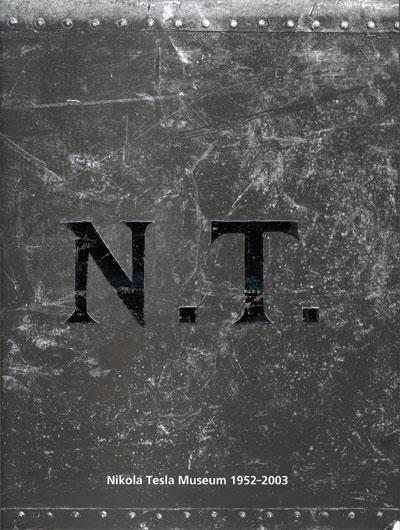 During 2002-2005 the Nikola Tesla Museum marked fifty years since its foundation and the opening of its permanent display. It is a unique institution of science and culture, both in our country and in the world. It is entirely dedicated to the brilliant inventor, scientist and engineer Nikola Tesla. The unique quality of the Museum is in its memorial/historical yet scientific/technical orientation: it holds the entire legacy of Tesla, his personal archives, personal library and a multitude of personal objects, both memorial and technical.

If it can be said that a scientist from our country has marked the whole epoch, then undoubtedly such an honour can be ascribed only to Nikola Tesla. The energy system of the world is based on his inventions; present-day technical-technological civilization rests on the production, transmission and use of electric energy. Tesla's inventions are just as much a symbol of progress as a symbol of the victory of human mind “over the powers of nature,” to use Tesla's own words. We may be proud of the man who, thanks to his work, belongs to the whole of mankind, who originated from our people, and whose legacy, following his own wish and that of his heir Sava Kosanović, is situated in Belgrade.

The importance and contribution of Nikola Tesla to the contemporary development of engineering and techology has also been recognized by the scientific and expert public in the world. Testimonies to this are undoubtedly two outstanding acknowledgments: naming the unit of magnetic induction tesla (1961) and listing Tesla's personal archives in the “The Memory of the World” registry of world legacy (2003), under the auspices of the UNESCO (United Nations Educational, Scientific and Cultural Organization).

From its inception, the Museum has had a double role: to be an institution of protection, and to have activities which testify to Tesla's ingenious inventions, scientific achievements and the ideas which occupied him, most of which make him one of the greatest humanists among scientists.

There is a constantly growing interest in Tesla's ideas in the world, whether realized or not. In them many contemporary scientists search for new paradigms. There they find inspiration for their own work, studying either his patents or his personality, his views on the development of technical science and the advent of the “future,” which he had foreseen with the true insight of a genius. Only a brilliant man like Tesla could have described the future course of technological development, going into such detail that from his notes written at the end of 19th century one could scientifically foresee the crisis of energetics, the development of wireless communication, the beginning of the age of information science, changes in war technology, the use of new materials and alloys, and the influence of the fast transmission of information on relaxing national and political tensions among nations. Tesla's deep contemplations are as equally valid scientifically as his patents, which are directly applied globally. That is why it is understandable that the Nikola Tesla Museum is a place where all the information referring to Tesla is collected.

Tesla is one of the rare scientists who almost equally inspired engineers and painters, writers and poets.

Many books, biographies, scientific and expert works have been written about Tesla, but this is the first comprehensive publication about the Nikola Tesla Museum.

Most of all it bears testimony to the work and activities undertaken during the half century of its existence. All available historical data and documents referring to the work of the Museum in the course of the past decades have been gathered and classified. The intention has been to leave relevant historical documentation, not only to those who deeply respect Nikola Tesla, but also to historians and future generations, data which will testify precisely and in detail to everything that has been taking place in the Museum: its activities from the very beginnings of listing the legacy received, to creating the conception of the permanent display, including the celebrations organized in Tesla's honour, publications, exhibitions and recording prominent visitors of the Museum. One of the basic ideas of the authors has been to save from oblivion all those who had worked in the Museum, whether craftsmen or experts, who contributed to its creation, development and activities. At this point we do not want to single out anyone in particular, as the chapters of the book speak in detail about the amount of effort and enthusiasm that went into the work of the Museum, One fact remains, though, Had it not been for Sava Kosanović, Tesla's nephew, and Profesor Veljko Korać, the first director, this outstanding institution would not have achieved the stance with which it is now stepping into its sixth decade.

Through the activities of the Museum one can also follow the tumultuous events which took place in the second half of the 20th century. In the attitude towards Tesla, in data the Museum has collected and preserved in the course of its existence, changes in historical and political values have manifested themselves. In its first decades the Museum was an important political instrument, used to promote policy, and to become at one point the focus of completely different attitudes. The most important conclusion in such fluctuations is that science and humanism are values whose permanence and quality are above and beyond all other changes. Scientific values and Tesla's inventions are part of the history of mankind, of lasting and universal importance. In that universal and timeless quality lies the importance of the existing and the future performances of the Nikola Tesla Museum.

We want to express our thanks to all those who have helped to make the story of the Museum complete: to authors and contributors for their great effort, to all retired members of staff for their memories memories of the first days of the Museum, to all those who have helped in the publication of this book, most of all to the founder of the Museum, the Municipality of the City of Belgrade for supporting the realization of the whole project.