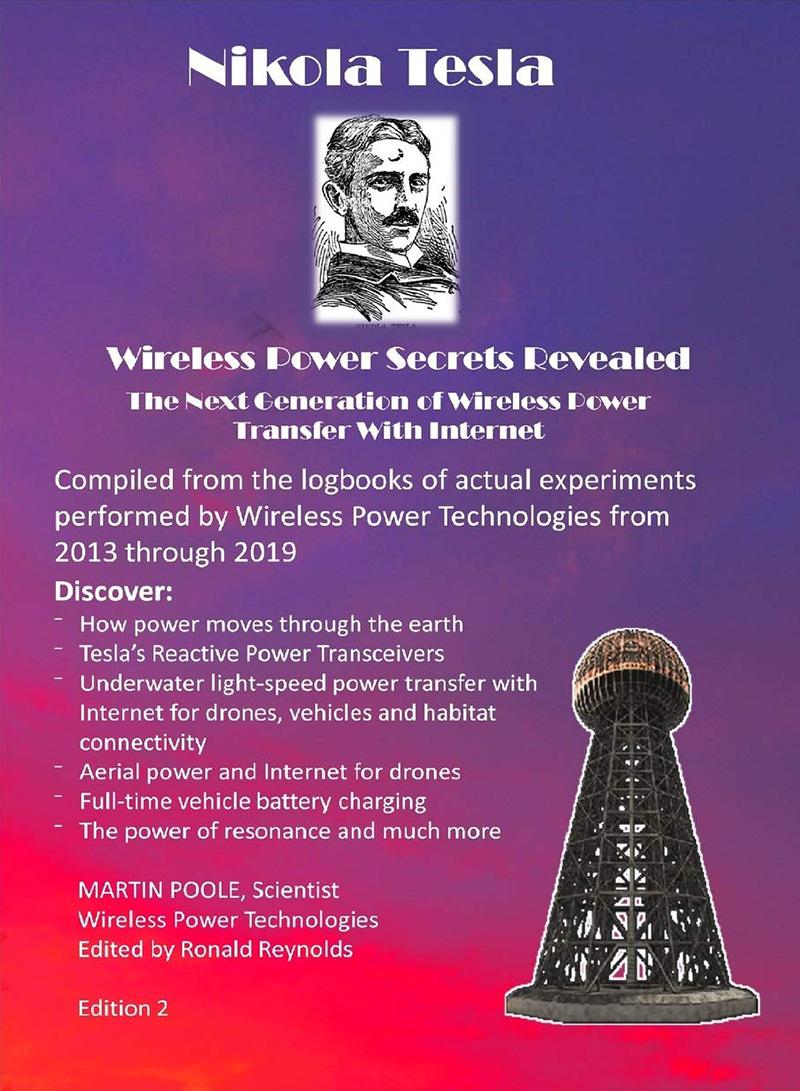 Over one hundred-twenty years ago Nikola Tesla had a dream. His plan was to use renewable energy resources from hydroelectric plants and transport the power to farms, ships, trains, airplanes, and cities without the use of Power Towers and wires. Tesla was unable to complete his plans because of financial problems.He never divulged the intimate details of his wireless plans or how his power transfer used the earth as a transport wire. We have been trying to figure it out ever since his death without much luck, I might add: that is until now.

Engineers at Wireless Power Technologies, USA have successfully duplicated Tesla’s wireless transport.We have learned through research how the power is moved from point to point. We know the frequencies to use and the power required for each. Aerial devices, defined as any receiver without a ground, can be powered with the same earth currents as grounded receivers. It is all in the book.During our experiments with wireless power transfer we inadvertently learned about underwater power transfer and broadband.

The wireless signal travels through water (salt and fresh) at light-speed. We shared the information with a university in Boston. We built prototype transceivers and sent them for testing. Underwater power transfer will provide not only power but broadband Internet to subsea drones and habitats. The range is hundreds to thousands of miles depending on signal strength. Tesla's Secrets Revealed is compiled from lab notes and actual test results.

The reader will learn how power transfer through the earth works. In the book, new terminology is used to provide the language required for a scientific dialog. Tesla’s Secrets Revealed opens the gates to this one-hundred-year-old wireless technology. There is very little information held back from the reader, if any.

Various transmit and receive apparatuses are introduced in a basic form to help form a clear picture of the wireless methods. This book is clearly written for the engineer and the layman. I know it will be a surprize revelation of the simplicity of Tesla’s wireless power transfer.