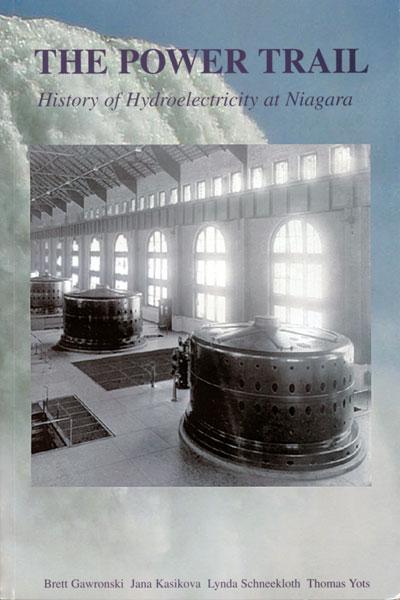 The Power Trail: History of Hydroelectricity at Niagara

Niagara Falls was the Silicon Valley of the late 19th and early 20th centuries. Dreams of an industrial utopia were realized through the development of hydroelectricity. Some of the great scientific and financial minds of that time descended upon Niagara Falls, drawn by the promise of electricity and a new technological revolution. They battled nature for the possession of Niagara's power. Within just a few decades at the turn of the last century, remarkable advances were made in electrical production that revolutionized industries throughout the world.

The Power Trail: History of Hydroelectricity at Niagara is the story of the birth of hydroelectricity, an epic that created a great industrialized nation. Today hydroelectrical production continues at the Niagara Power Project in New York and Adam Beck Power Plant in Canada. And yet, scattered across the landscape on both sides of the Niagara River are the remnants of the first power plants ... industrial ruins that are no less important to world history than the remains of the Greek and Roman temples.

Niagara's historic power plants are monuments to an age when the eyes of the world looked upon Niagara as a symbol of the power of human progress and a hope for a new world.