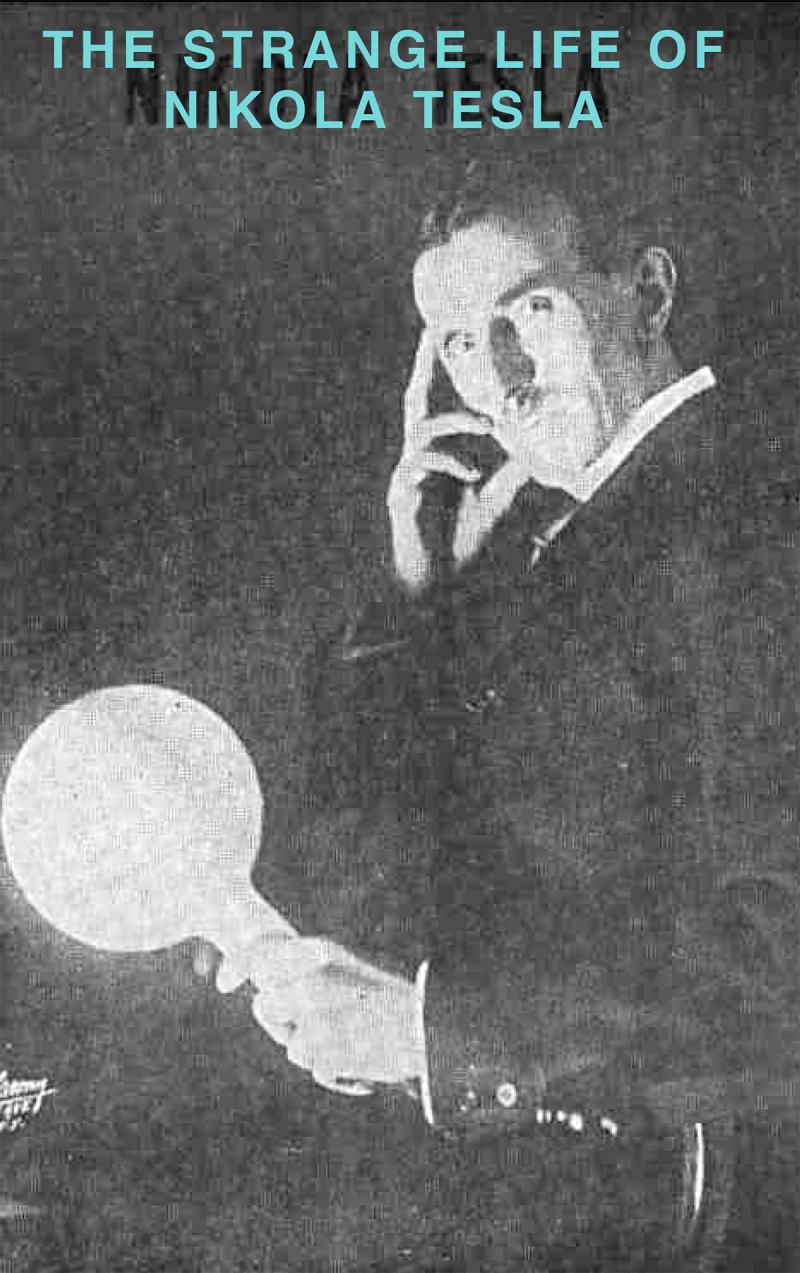 The Strange Life of Nikola Tesla

Webmaster Note: The origin of this work is questionable. It is theorized that this is the original manuscript for the “My Inventions” series written by Nikola Tesla for “Electrical Experimenter.” The theory is that Hugo Gernsback, editor of the magazine, removed the more religious statements made by Tesla for reasons unknown. There seems to be no way to corroborate this as I have researched it exhaustively. From many books in many languages which include the same content, I can find no other evidence to support this theory or the addendums included in this work. If you have additional information, please contact us.

This text has been entered by John R.H. Penner from a small booklet found in a used bookstore for $2.50. The only form of date identification is the name of the original purchaser, Arthua Daine (?), dated April 29, 1978.

The book appears to be considerably older, made with typewriters, and then photocopied and stapled. The only other significant features of the booklet is that it contains four photocopied photographs of Tesla, and was originally forty pages long. I must apologise for the qualitty of the scans, but the originals were of very poor quality, and this is the best that could be obtained after touching-up in Photoshop.

The book has no Copyright identification, nor any means of contacting the publishers. As far as I am aware, this autobiography is no longer available in printed form anywhere.

In the interest of making this important text available to the wider public, I have retyped the entire text word-for-word as it originally appears into this electronic format. The only words which appear in this file, that are not in the original book are this Editors Note, and the Introduction. I have exactly maintained page numbers as they appear in the original – including the somewhat odd artifact of Chapter 1 starting on page two.

Nikola Tesla was born in Croatia (then part of Austria-Hungary) on July 9, 1856, and died January 7, 1943. He was the electrical engineer who invented the AC (alternating current) induction motor, which made the universal transmission and distribution of electricity possible. Tesla began his studies in physics and mathematics at Graz Polytechnic, and then took philosophy at the University of Prague. He worked as an electrical engineer in Budapest, Hungary, and subsequently in France and Germany. In 1888 his discovery that a magnetic field could be made to rotate if two coils at right angles are supplied with AC current 90° out of phase made possible the invention of the AC induction motor. The major advantage of this motor being its brushless operation, which many at the time believed impossible.

Tesla moved to the United States in 1884, where he worked for Thomas Edison who quickly became a rival – Edison being an advocate of the inferior DC power transmission system. During this time, Tesla was commissioned with the design of the AC generators installed at Niagara Falls. George Westinghouse purchased the patents to his induction motor, and made it the basis of the Westinghouse power system which still underlies the modern electrical power industry today.

He also did notable research on high-voltage electricity and wireless communication; at one point creating an earthquake which shook the ground for several miles around his New York laboratory. He also devised a system which anticipated world-wide wireless communications, fax machines, radar, radio-guided missiles and aircraft.