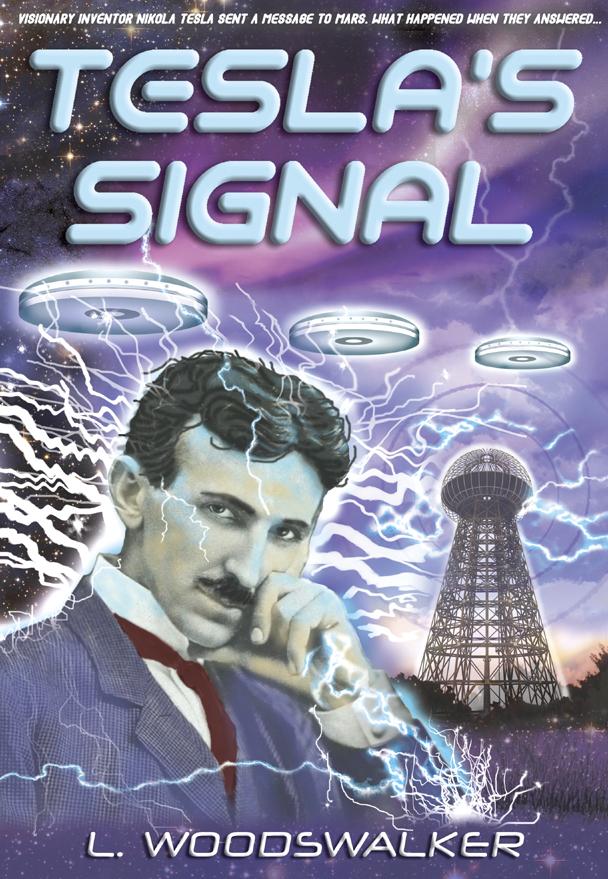 The Serbian-American scientist Nikola Tesla (1856-1943) is the developer of the alternating current electrical system which the world has used for over 100 years. Thus, he can rightly be called “the father of the industrial age.” And yet until recently, his name was virtually invisible. When I first learned his story, it seemed so incredible that I said “this is a science fiction story that practically writes itself!”

Tesla's Signal is a work of fiction. While the first few chapters are loosely based on real events in Tesla's life, my portrayal of Tesla's thoughts, character and unusual abilities is purely a fiction writer's imagination. No offense is meant to any person or group. The reader is requested to leave all preconceived notions, pet theories and prejudices aside.

Literary license has been used in the portrayal of minor characters, details, locations and the timeline of historical events. For instance, the Wardenclyffe Tower was demolished in 1917, radio did not become popular until the 1920s, and Leon Theremin did not invent his eponymous musical instrument until 1920. Some of the devices and theories depicted here are loosely based on Tesla's documented work, while others are based on the more 'legendary' aspects of the Tesla story. Still others are sheer fancy.

I am not a scientist, and I beg the indulgence of those of you who are. If anyone with scientific or engineering expertise finds a really serious error, I would welcome constructive feedback so that I can correct the problem in a future edition.

The basic ideas of this novel — that Tesla had otherworldly visions, and claimed to have received signals from Mars — are documented in all of his biographical material.

Nikola Tesla has a unique affinity for electric current...he can visualize the unseen...he speaks with beings of light. In 1899, he receives a signal from space. When he meets the alien visitors, he finds their agenda not what he had expected. And they require his scientific expertise to further their aims.

Then things start to go wrong — and “mad scientist” Nikola and his brilliant colleague Clara must go on the run from alien captors and human authorities alike. They seek a refuge where they can develop their futuristic defenses against the “Martians.” Nikola must learn to tap into his cosmic abilities and face his own demons: his phobia of germs, touching and love. Eventually they must return to a devastated New York City, where they will face the alien invaders in the final battle for the fate of humanity.